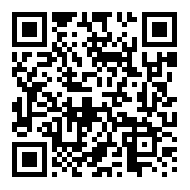 Bharat Group, comprising of Bharat Insecticides Ltd., Bharat Rasayan Ltd. and BR Agrotech Ltd. is celebrating its 40th anniversary this year. Bharat Group was started in 1977 under visionary Mr. S N Gupta in North India. On the occasion of 40th anniversary, a gala event was organized in hotel Leela Palace, Delhi in April 2017 and attended by its Directors Mr MP Gupta, Mr RP Gupta and Mr Dharmesh Gupta and its employees. The company unveiled its anniversary logo “40 years of Farmers’ Trust” and reiterated its commitment to the welfare of farming community.

From a humble beginning in North India, today Bharat Group has pan India presence. The group has 6 plants, business in 65 countries and a network of 5000+ distributors pan India. It manufactures 18 active ingredients and sells 89 brands. Its products have been used by over one Million satisfied farmers. All the group companies are ISO 9001:2008 and ISO 14001:2004 certified. This year, Bharat Insecticides Ltd is planning to launch 8 new products including Thiafluzamide (Matsuri) from Nissan, Japan and Indoxacarb + Novaluron (Biltora).

Recently, Bharat Rasayan Ltd was bestowed with CAC award in China. This award is given to Agrochemical companies which has achieved significant growth in exports of Agrochemicals. All through the 40 years of existence, Bharat Group has been known for its commitment to quality and ethics. Be it the farmers, dealers or MNC partners, all vouch for the quality products manufactured by Bharat Group. The group is proud to contribute to the prosperity of Agriculture. Bharat Group is poised to grow significantly in coming years.