In US, Which vegetable crops are the most popular? 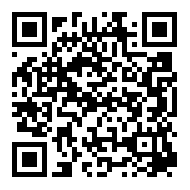 Favorites Print
ForwardShare
Apr. 24, 2017
The editors at American Vegetable Grower® magazine asked growers about their crops as part of our 2017 State of the Vegetable Industry survey, and gained a lot of insight into which crops are most commonly grown, and how well those crops are performing. When you’re looking at the list above, one thing to keep in mind is these figures represent the number of farms growing the crops, not the acreage devoted to the crops. That may explain why a dominant crop like potatoes is not cracking the top 10. Many potato operations are large, growing the crop on more than 1,000 acres. But if a grower has 5,000 acres of potatoes, he is still a single operation, and is counted only once for the crop.

We also asked growers about their plans for each crop in 2017. Were they planning to increase production? Decrease?

Here’s what we learned: There are a few things worth pointing out here.

The most stable crops. The two most commonly grown crops are also the most stable. Among those who grow tomatoes, 65% are holding steady on the amount of tomato production for 2017. That’s similar to pepper growers, 67% plan to keep their pepper production levels the same as the previous year.

Biggest decreases in production. If you look at the chart above, you can see that, overall, growers are not backing off their production levels — planned decreases are indicated by the gray portion of the band. And that’s reflected in the low percentages for the crops that will see the biggest decreases. Fewer than a quarter of watermelon growers plan to scale back their production — 22%. Similarly, 20% of sweet corn growers will scale back their plans, yet even more sweet corn growers (24%) plan to increase production.