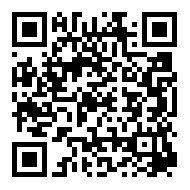 Syngenta Japan has launched sale of its paddy fungicide Coratop® Mametsubu® (pyroquilon) in March.
The company had received registration approval for Coratop Mametsubu from the Japanese Ministry of Economy, Trade and Industry (METI) in January.
Coratop Mametsubu is a self-dispersing paddy fungicide that floats on water. The product was developed by combining Syngenta’s fungicidal active ingredient pyroquilon (Coratop®), which is highly effective for controlling the rice blast fungus, and the Kumiai Chemical Industry’s novel patent formulation technology ‘Mametsubu’.
The Mametsubu formulation has a three to eight millimeter diameter and disperses on the surface of water. It is a highly labor-saving formulation that can be applied from the levees by various methods without the necessity of stepping into the paddy fields. According to data from Kumiai Chemical, 20 ‘Mametsubu’ formulation products had been registered in Japan by 2013 and those products covered approximately 136,000 hectares of paddy fields in Japan in 2015.
Coratop Mametsubu has a stable effect against blast, both for leaf and panicle. After spraying, it is quickly absorbed and transferred to the rice bodies and acts rapidly. It also has a wide range of spraying period and can be used from the time of first appearance of leaf blast to five days before heading.
There have been no reports of the emergence of bacteria that resists pyroquilon. Furthermore, pyroquilon has no cross-resistance to other fungicides.
The product is economical and easy to use - only 250 grams is needed to be sprayed over an area of 10 acres. There is no worry about scattering unevenness because it has excellent self-diffusibility.
The methods of dispersion are diverse. It can be sprayed by hand, with a ladle or an automatic dispersion machine.
View More