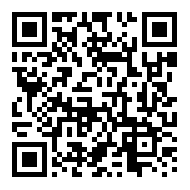 Syngenta organized a “Technical Journeys of Corn” event in Salamanca and Lleida (Spain) to present to its network of technicians and distributors, the new herbicide Lumax (312.5g/L S-metolachlor + 37.5 g/L Mesotrione + 187.5 g/L Terbuthylazine), registered in Spain for pre-emergency treatments on corn.
According to Syngenta, the leadership position on corn was reached thanks to its most complete catalogue, which relies on effective solutions against all types of weeds, such as Camix, Primextra Gold, Duald Gold, Milagro, Elumis, BanvelD, Casper and Callisto. “With the launch of Lumax, Syngenta completes its catalogue for pre-emergency treatments for corn,” the company’s statement read.
In Spain, Lumax is registered for the early treatments of pre-emergency and an application rate of 3 to 4 liters/hectare is recommended according to the type of soil. From the technical point of view, the pre-emergency treatment has been demonstrated to be the most effective, since the three active substances presented by Lumax brings a high effectiveness and higher persistence in the soil with the application of just single product.
This greater persistence in the crop is what differentiates Lumax, since greater control over the weed has been achieved.
In all regions of Spain where Lumax was tested on corn, the wide spectrum on weeds controlled was also highlighted. Another advantage is that Lumax is totally selective. It is important to highlight that the tests have been measuring production per hectare, and the parts treated with Lumax have higher yields that the ones treated with other products.