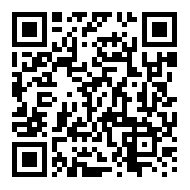 TWO of the worlds leading fertiliser manufacturers, Yara International and Terra Industries, are to merge in a deal worth around £2.6 billion.

The move follows an agreement between the two firms today (Monday, February 25) which will see Yara pay some $41.10 (£26.27) per Terra share, giving the firms control of 10 per cent of the global fertiliser market.

Announcing the move, Jørgen Ole Haslestad, president and CEO of Yara International said: “Yara is committed to the US market, and this transaction presents an attractive opportunity for both companies to strengthen their positions in the US.

“Yara and Terra are a perfect fit, and the combination will elevate Yara to a truly global leader in the industry. Both companies are strong in ammonia and nitrates, and have complementary geographical footprints.

“Terra’s ammonia and upgraded fertilizer distribution system in the US will be combined with Yara’s global sourcing and optimization capabilities as the world’s largest producer and trader of fertilizer and ammonia.”

The merger has been unanimously approved by the boards of both firms and will now be put before Yarra’s shareholders before undergoing the final steps in receiving regulatory approval.

The move will be part-funded by a Yarra rights issue, backed by the Norwegian Government which currently owns a 36 per cent stake in the firm.