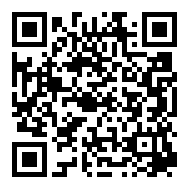 A molecular biologist from the Flanders Institute of Biotechnology in Belgium is researching a generation of active ingredients to innovate natural herbicides with a wide range of applications in plants for human consumption. The investigation is at the phase of toxicological tests.
The herbicide developed is of broad spectrum, since during the experimentation there have been no reports of species resistant to it, the researcher said. In addition, he emphasized that this product would apply to the moment of development of the objective plant.
The Mexican researcher explained that to innovate a herbicide, it is necessary to analyze the crop that is to be protected, as well as the grass to be attacked and the conditions in which the product will be applied, since it has to contemplate factors such as the humidity of its context to calculate the chances of the product entering properly in the targeted plant. Since herbicides are commonly used in very large places of cultivation, the rates needed to be used must be at low concentrations and do not require much use of the active ingredient, which for researchers and producers is an advantage.
About the active ingredient of the product, the researcher stated that in common herbicides it is normally composed of chemicals that have a negative impact on the environment, so the one she is investigating is natural. However, the next stage is to test the toxicology to determine whether it does not affect aquatic organisms, soil and humans.
Once the substance has been analyzed and tested, the development of the product is started in a "thinner" way, when it is supplemented with the other components that make up a herbicide. By complying with these processes and toxicological tests, production would commence in large quantities.
At the moment, the verification phase of the active ingredient has been fulfilled, but the analyses are continuing on the effectiveness of this as compared with those are already in the market. The patent application would relate to the method of use of the product.
View More