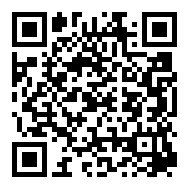 Favorites Print
ForwardShare
Mar. 15, 2017
BASF recently presented in Spain its Priaxor® Pack, a state-of-the-art product targeting at combating the main fungal diseases affecting cereals.
The product is a combination of the two active ingredients: fluxapyroxad (trade-marked as Xemium®) and pyraclostrobin (trade-marked as F500®).
Xemium® is an innovative molecule developed by BASF, whose structure gives exceptional mobility within the plant, facilitating access to the fungus and eliminating it quickly and effectively compared with other SDHI in the market.
Priaxor® Pack is the only fungicide in the market registered against Ramularia, a widespread disease in Central European countries that has now become rampant in a few areas of Spain.
It also controls fungal diseases on cereals such as Helmintosporiosis, Rincosporiosis, Roya Parda and Ramularia in barley, and Septoriosis (Septoria tritici and Septoria nodorum), Royas (brown and yellow) and Dreslera in wheat.
Additionally, it shows AgCelence® effects, that is, an improvement in crop yield along with an increase in grain quality, which surpasses the benefits already offered by market leader Lovit Comet®, also from BASF.
Besides this, Priaxor® Pack minimizes the risk of occurrence of resistance, as it combines two active substances that have different modes of action.
The field tests conducted for this product are superior to others, including those most recently marketed by other manufacturers, not only in Spain but also in the United Kingdom, France and Germany.
View More