Pesticides Industry in China about to prosper in 2017 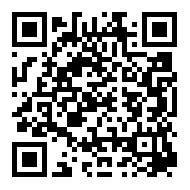 Favorites Print
ForwardShare
Mar. 8, 2017
According to the president of the CCPIA, China’s pesticides industry will prosper again in 2017, after facing some setback in exports 2016, where both quantity and value of exports declined. The reasons are the policy of China’s government regarding planting and crop protection as well as environmental protection and consumer needs.
CCM has summed up the outlook of Sun Shubao, the president of the China Crop Protection Industry Association (CCPIA), in terms of the pesticides industry in China for the year 2017. Sun Shubao predicts a rebound of China’s pesticides exports, which amount to 50% of all pesticides sales. The strengthened exports are the main drive for China’s pesticides manufacturers to experience improvements in 2017.
China Pesticide export data 2011-2016

Source: CCPIA
Five main factors will push the pesticides industry in China for the next years and back up the positive development of it.
Change of planting areas
China’s government is changing the plans for planting areas of several crops. This includes providing more area for rice and wheat to meet the domestic demand and become independent of grains imports. However, the planting area of other crops will be adjusted to occurring market trends. Since China is importing a huge amount of cheap gen-manipulated corn, the domestic planting area will be reduced accordingly and replaced by plants like soybeans. This will keep the demand for pesticides high.
The environmental protection efforts are another factor in reconstructing the pesticides industry in China. Due to stricter inspections and regulations. Outdated production as well as small and medium-sized companies are likely to withdraw from the market, leaving a tighten supply and hence increasing prices. This trend is supported by the same situation for upstream products of pesticides like glycine.
Reducing crop protection companies
Speaking of environmental  protection, China’s government is aiming for reducing the total amount of crop protection companies by 30% to fulfill the goals of environmental protection. Following this plan are promotions and encourages of mergers and acquisitions for Chinese manufacturers. According to CCM, no new pesticides company was established in China in the last two years. The strategy is supposed to enhance production variety and innovation.
M&As
As mentioned beforehand, China’s government is supporting M&As to reduce domestic pollution and strengthen innovation. CCM believes, that this strategy will help the big manufacturers with enough money for investments to develop in a healthy and sustainable manner. However, domestic M&As are barely recognized and do not have the wide-sweeping effect than multinational acquisitions. In addition, acquisitions of Chinese manufacturers have the benefit to get their product line into global markets by using the Sales channels of the mother company and utilize the knowledge and experience for marketing and sales purposes. Hence, China’s manufacturers will become for competitive in the global market.
Export tax rebates and safety
According to Sun Shubao, currently the export rebate for pesticides formulation is smaller than the one for pesticide technical. This situation should be reversed, by giving formulation a higher export rebate than technical.
The incorrect use of pesticides is still a huge problem in China, which mostly occur on farms, whose farmers are not informed about the correct use of pesticides. The most common mistakes are overuse of pesticides or some misuse. Hence, the CCPIA is increasing efforts to educate farmers about the use of pesticides, by turning small producers into service providers, who can guide farmers in the best use of pesticides. Also, the efficacy of pesticides in general should be improved, while setting the focus on bio pesticides.
GM
The last factor is regarding to gen-manipulated corn in China. China is currently spending a huge amount of money into the research of GM corn, to lower the dependence on pesticides usage in general. However, despite from one successful implemented GM corn in China, most of the GM crops have not successfully implemented into the market yet. This also collides with the demand of Chinese customers, who are still very skeptical towards GM crops like soybean.