Summary and Analysis of Mergers between Global Seed Companies in 2016 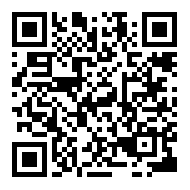 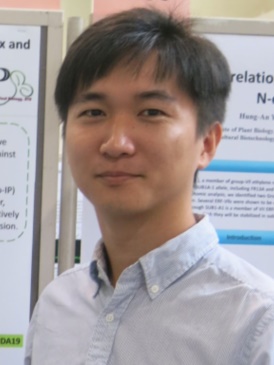 Following a large number of mergers in the past few years, the global seed market is now represented by multinationals such as Monsanto, DuPont, Syngenta, and Limagrain, who have expanded their businesses all over the world. Among them, Monsanto and DuPont, headquartered in Missouri and Delaware, respectively, in the United States, took 20% and 15% of the world’s total seed market share in 2014, ranking Nos 1 and 2.

A series of mergers and acquisitions conducted by these agribusiness giants have intensified the consolidation and restructuring of the global seed industry. Since 2012, a sustained downturn in the world cereal market (as shown by Figure 1 and 2 with information until December 26) and the slow natural accretion (organic growth) made it difficult to maintain growth based on the existing market size. The market slump continued in 2015 and 2016, compelling multinationals to look at opportunities for collaboration. On December 11, 2015, the first merger was announced between Dow AgroSciences and DuPont. The fall of the first domino pulled down the competitive balance between multinationals. Soon afterward, ChemChina announced its acquisition of Syngenta, and Bayer announced the takeover of Monsanto. The global seed industry was thus redefined. AgroPages will give a summary and an analysis of the consolidation and restructuring of the global seed industry in 2016. Figure 2. FOB Gulf of Mexico, U.S. price ($/metric ton)
Reasons for mergers
The main reason for the mergers within the seed industry was the continued depression in prices of global farm products. Figure 1 reveals the downturn in the world cereal price index, since the record high it achieved in September 2012, which was down by 45% in November 2016. With regard to specific crops, Figure 2 shows a 54.56% and 66.06% reduction in corn and wheat prices, respectively, by November 2016, compared to their record high prices in 2012. The soybean price remained on the rise in the first half of this year, but started to dip in the second half, falling by 40.86% this November from its record high in 2012. The considerable drop in cereal prices caused great losses to farmers all over the world, especially commercial growers in North and South America. The price fall eventually affected the income of all seed companies. According to one report, since 2014, the growth in the income of major seed companies has stopped, even declining in 2015 and 2016. When organic growth slows down, it can only be achieved through unnatural means: inorganic growth. Hence, industry mergers occur for the sake of maintaining competitiveness.

Top 10 before and after mergers
By sorting through the financial statements of most of the seed companies operating in 2015, AgroPages has identified the top 10 in terms of sales (Figure 3*). They include four US companies (Monsanto, DuPont, Land O’Lake, and Dow AgroSciences), five European companies (Syngenta, Bayer, Limagrain, KWS, and DLF) and one Japanese company (Sakata). Among them, Monsanto’s position as the market leader remained unshakable. In 2015, the sales of field crops of the company reached $9,627 billion, backed by the superiority of its genetically modified organisms (GMOs). In the meantime, it also led in the vegetable seed business, reaching sales worth $816 million.

Figure 3. Sales of global top seed companies in 2015 (US$ m)
Presuming the three super mergers get approvals from their respective countries, great changes are expected to take place in the global seed industry structure. According to Figure 4, a more apparent monopolistic business model will be formed by the merged Monsanto/Bayer, DuPont/Dow AgroSciences and Syngenta/ChemChina, where the business turnover of the three giants will be four times the total sales of the other seven companies in the top 10. Also, GM products will be monopolized by the three giants, because other companies, including the new top 10 players Rijk Zwaan and TAKII, have few GM products in their portfolios. Among the top 10 companies, Limagrain and Land O’Lake are involved in the seed business, biological research, food processing, and health services. KWS focuses on conventional seed varieties such as cereal and sugar beet seeds. Rijk Zwaan and Sakata are mainly engaged in vegetable seeds. TAKII and DLF are specialized, respectively, in horticultural plants and prataculture seeds. Figure 4. Top 10 after three big M&A (US$ m)
On the other hand, the global business deployment of the top 10 may change significantly in the future. After the mergers are approved, the United States, Europe, and China will each become a seed industry giant, which will eventually result in a global top 10 comprising two US companies, five European companies, one Chinese company, and two Japanese companies.
Industry consolidation involving large numbers of seed enterprises
In addition to the three super mergers, the adverse market situation has hit a large number of seed enterprises worldwide, including the top 10.
● In February, Limagrain announced the acquisition of Genica Research Corporation (USA), which was expected to enhance its leading position in the US vegetable seed market. AgReliant Genetics, its joint venture with KWS in the United States, announced this September the completion of the acquisition of a soybean seed factory from Sand Seed Service, located in Marcus, Iowa. The completed acquisition is expected to enhance the local soybean business of the company.
● This year, Land O’Lake focused on feed crops. In May, the company’s subordinate Forage Genetics International (FGI) spent $210 million to take over the alfalfa project from Monsanto, as well as the patent and know-how of Monsanto, authorized to FGI at an earlier date, followed by the respective acquisition of Ceres and the alfalfa business of Syngenta in June and July. The acquisitions further enhanced the feed crop business strength of the company.
● In June, DLF acquired the alfalfa seed business of Florimond Desprez, expecting it to strengthen its feed crop business. Later in September, DLF acquired the remaining 50% stake in Jensen Seeds A/S to hold the controlling share of the company. Jensen Seeds is a global hybrid spinach industry leader.
● In August, TAKII acquired the breeding subsidiary of Turkish vegetable seed company Rito Seed to extend its worldwide vegetable breeding capacity.
● In October, the largest family-run seed retailer in the United States, Beck's, announced the acquisition of the seed R&D facility of BASF, located in Kauai, Hawaii, to enhance its corn seed research capacity. Thereafter, Beck’s will move its winter research project to Kauai.
● In June, the alfalfa seed industry leader S&W Seed announced the acquisition of the Australian SV Genetics, having extended its product range to sorghum and sunflower seeds. The company believes the combination of two kinds of seeds and the existing alfalfa seed business will create a synergy effect.
It is expected that mergers between seed companies in 2016 will affect their business performance after 2016, and AgroPages will follow up on their performance this year. In the meantime, we are expecting the approvals of the three super mergers will be granted by the countries involved. The 2016 Global Top Seed Companies list is scheduled for release in the Seed Publication issue of AgroPages at a later date. Keep watching our website for news of the release.
* The 2015 annual reports of prime industry players were the source of data for the figures in this analysis. The monetary values were converted to dollars at the exchange rate listed on the last day of the fiscal year. Data from Monsanto, Bayer, DuPont, and Dow AgroSciences provided the seed sales value of the year; data from Limagrain: without IFRS11 impact; data from Land O’Lake provided the Vendor Prepayments details for sales of seeds; and data from all other companies were used to indicate sales value per company within the fiscal year.
Please download AgroPages' latest magazine - 2016 Annual Review to see more.