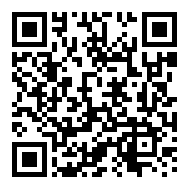 Favorites Print
ForwardShare
Jan. 2, 2008
Cultivation of genetically modified insect-resistant Bt cotton has positive labour effects in countries such as India, where cotton is picked manually, according to a study conducted by the Centre for Economic and Social Studies in India. The research found that the total man-days equivalent for human labour (including casual, family and attached labour) is 21% higher in Bt cotton than in non-Bt cotton. Although farmers cultivating Bt cotton experienced a decrease in expenditure on insecticides by 18.2%, this is counterbalanced by an increase in cost of production by 17%, which is due to higher costs on seed, labour, fertilisers and irrigation. But on account of higher yield, even though the absolute costs in Bt cotton are higher, the per tonne costs come out to be lower.
View More