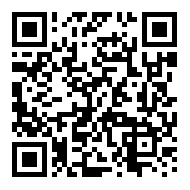 Researchers at Leeds University said the trial to develop cyst nematode resistant potatoes had made ‘great progress’ despite attempts from activists to destroy it.

Dr Peter Urwin, of the Faculty of Biological Sciences at the University of Leeds, said:

"So far it looks as though the transgenic technology has done its job and protected the plant against the pest. The results are very promising.”

The trial into pest resistant spuds began in 2008 but vandals destroyed it three weeks later.

In 2009 the potatoes were replanted under greatly enhanced security – including fencing, CCTV and full-time security guards – and while the analysis is ongoing, early results have been promising.

Buoyed by the success and encouraged by last week’s call from the Government’s chief scientist Professor Beddington to develop more innovative crop technologies, Dr Urwin has now applied to Defra for a license to conduct a new potato trial this year.

"An application has been sent to Defra but we have to wait for an answer. If we get consent then we will carry out a similar GM potato trial starting this year and finishing in 2012,” he said.

But even if the trial does get approval, its survival is still not certain because EU law requires all GM trial locations to be publicly disclosed.

Of more than 50 GM crop trials approved by Defra since 2000, only a handful have survived the hands of vandals, making the Leeds potato trial a rare breed.

The story is repeated across Europe where vandalism has forced companies to conduct their research elsewhere. Between 2006 and 2008, 75 per cent of field trials conducted by European Union firms took place outside of Europe.

Dr Urwin said the attack on GM trials was counter-productive.

"Our job is to do blue sky research and develop innovative technology,” he said.

"Cyst nematodes are a great problem for potato growers and new European regulation to remove certain crop protection chemicals from the market has made it even harder. We are simply trying to come up with a solution.

"We are entirely publicly funded and have no influence from multi-national companies.”

But the Soil Association, the organic lobbyists, said the Government had no need to pursue GM technology.

"We need far-reaching changes to our food and farming systems, rather than GM technology, which, despite millions in public and private research expenditure, has consistently failed to deliver food benefits,” said a Soil Association spokesman.