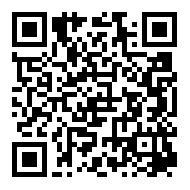 The European Commission has been forced to rubber stamp its own proposals to approve four more genetically modified crop lines, after failing to receive the majority votes required from either the EU GMO regulatory committee or EU Ministers.
The latest approvals include clearance for import, processing and use in food and feed for three maize lines. Two are from Dow AgroSciences/DuPont: the rootworm-resistant and glufosinate-tolerant 59122 maize line, sold as Herculex RW; and a stacked-trait line combining insect-resistant and glufosinate-tolerant 1507 (Herculex I) with Monsanto's glyphosate-tolerant NK603 (Roundup Ready Corn 2). Herculex I, which is resistant to corn borers (Ostrinia nubilalis), cutworms (Agrotis ipsilon) and fall armyworms (Spodoptera frugiperda), already holds EU approval as a single trait. The third maize line to gain approval is Monsanto's glyphosate-tolerant and corn borer-resistant NK603xMON10.
In addition, the Commission has approved glyphosate-tolerant H7-1 sugar beet for use in food and feed. The GM line is being developed by Monsanto and seed company KWS Saat.
Dow welcomes the clearance for the new Herculex lines, which are already grown outside the EU. "This decision removes the last major overseas market restriction for these traits and frees exporters to market products with these traits around the globe," says Dow's traits and germplasm licensing business leader, Ben Kaehler. The lines will no longer have to be sold under the Market Choices certification mark, which requires controls on exports, Dow points out.
EU approval is expected in the "near future" for the next generation of Herculex traits, which are insect-resistant Herculex Xtra and a stacked-trait line of Herculex Xtra and Roundup Ready Corn 2, Dow says. Herculex Xtra, which combines the pest control of Herculex I and Herculex RW, is already grown in the US.
The Commission has had to take similar action for all GM crop lines approved over the last few years due to the inability of the committee or the Ministers to agree on accepting or rejecting the Commission's proposals.
View More