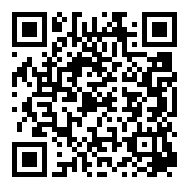 Favorites Print
ForwardShare
Jan. 13, 2017
A symposium on 20 Years of Commercialization of GM Crops and the Status of GM Crops in Vietnam was organized by Biotechnology Center of Ho Chi Minh City. According to the presentations, it was recorded that 1,180 hectares of land were planted with GM maize in 2015. The average productivity of GM maize reached to 44.8 tons/hecta, while the total yield was ~5.3 millions tons.

It was also reported that the price of commercial maize significantly decreased. The higher price and difference in planting system of GM maize seeds are some of the reasons why a number of local farmers still use conventional corn. Thus, it was recommended that the government should implement policies and information drive on GM crops for farmers and consumers to appreciate the importance and impact of GM crops for the development of agriculture.