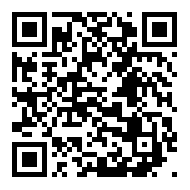 After several years of small-scale study, experimentation and commercial farming, Cuba will grow large-scale transgenic maize and soybeans in 2017 to reduce its food deficit, but under strict scientific and legal control, an official source has said.
The first efforts of Cuban specialists in the field of plant biotechnology were focused on mastering the in- vitro culture techniques of plant cells and tissues.
According to Granma, the Science Doctor Mario Pablo Estrada García, Director of Agricultural Research at the Center for Genetic Engineering of Havana (CIGB), in 1996, specialists from that institution obtained the first transgenic plants at the laboratory level, which opened the way to the manipulation of genes capable of conferring certain properties that, for example, increased tolerance to insects and diseases caused by fungi.
In the 1980s, there was the use of GMOs, and transgenic plants, whose postulates responded to the same principles of the aforementioned Protocol of Cartagena, of which Cuba is a signatory, said the scientist.
Based on Law No. 81 of the Environment and Decree Law 190 of Biological Safety, the current regulation instructs the National Institute of Hygiene, Epidemiology and Microbiology to evaluate the food safety of these, while the assessment of environmental safety is performed By the National Center For Biological Safety and seed registration is done by the National Center for Plant Protection.
After receiving the corresponding safety licenses in 2009, the first production test of this line began to be conducted on approximately 900 hectares belonging to the company Cubasoy in the province of Ciego de Avila, achieving approximate yields of four tons per hectares (ha), which was more than twice those reported with traditional varieties sown in parallel.
However, the director of Agricultural Research of the CIGB pointed out that the results did not meet the expectations and this determined the interruption of field tests for productive purposes.
"We are currently working on obtaining new transgenic hybrid maize lines, which on a small experimental plot scale show potential yields of nine tons/ha, close to the levels reached by the world's leading countries in production of this maize," he emphasized.
"If all the tests required by the Cuban regulatory bodies are to be successfully completed, by the spring of 2017 we could start introducing them into larger areas of land, opening the possibility of replacing the foreign purchases of this cereal in the future, to the tune of hundreds of millions of dollars," he added
Another research project implemented by CIGB in collaboration with the National Institute of Agricultural Sciences (INCA), is to obtain a transgenic soy resistant to herbicides, which in experimental areas of the company Cubasoy showed a yield of up to 2.8 tons/ha, much higher than the usual ones achieved there.
For Dr. Mario Pablo Estrada to have transgenic lines of corn and soy in Cuba in a safe and regulated way, will have a very significant impact on the national economy in the short and medium term, because along with other production technologies developed in the country, it will lead to a significant reduction in imports of these two strategic items (in 2014 almost US$500 million), and contribute to the nation's food sustainability.
View More