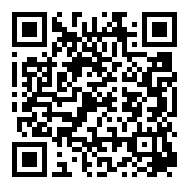 Favorites Print
ForwardShare
Dec. 9, 2016
The field trial of GM maize at Trung Son Commune (Do Luong district) in 2015 with 0.5 Acre (1,800 m2) area has gained high productivity and economic efficiency. Trung Son commune has 560 ha of agricultural land, in which 80 ha is specialized for maize. In 2016, Trung Son has expanded the area of GM maize in 6 ha for 55 farmers.

The result of evaluation has shown that GM maize is high yielding. Forty eight tons of grain were harvested in 6 ha of GM maize area in Trung Son commune this year.

The advantage of GM maize is its insect resistance. However, the price of GM maize seeds is higher compared to others, which refrains farmers to purchase and apply. On average, non-GM maize seed price range is between 90,000-130,000VND/kg, while GM maize is priced at 210,000VND/kg. Although farmers might have to pay more for this seed, they will save money from needing less inputs, such as pesticides and herbicides.

The Department of Agricultural and Rural Development in Nghe An plans to expand the GM maize cultivation area to enhance maize productivity and quality.