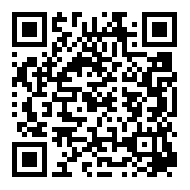 For the first time in history, essential fatty acids used to feed salmon could be sourced from crops harvested on the Great Plains instead of from fish caught in the ocean.

The Wayzata, Minneapolis-based company is speeding up efforts to grow tracts of land in the US state of Montana with genetically engineered canola plants bearing omega-3 fatty acids, and is leading a race to deliver a viable fish oil substitute to global aquaculture industries.

Cargill faces competition from rivals Bunge and Archer-Daniels-Midland, part of the so-called "ABCD" of global food trading giants, in their quest to dislodge the traditional fishing industries as the main supplier of fatty acid oils to aquaculture and as dietary supplements to humans.

Undercurrent News reported last month how Cargill had teamed up BASF to develop proprietary technology in taking genes bearing docosahexaenoic (DHA) and eicosapentaenoic (EPA) fatty acids from algae and transplanting those to canola plants grown in Montana. The two companies also plan to build an R&D facility in Great Falls, Montana that will be ready next year, said DeBonte.

“Cargill has a lot of smart engineers working on this,” DeBonte said in an interview from Cargill Animal Nutrition’s headquarters in Big Lake, Minnesota. “We see it as a very doable and a market-operable system.”

Cargill has the infrastructure to take the genetically engineered plant derived from algae that contain DHA and EPA and breed the crop into a commercially available product as early as 2020, DeBonte said. The preliminary work on successfully transplanting genes between the two organisms has been completed successfully by BASF, he said, leaving the task of making the product available on a scale that is meaningful to the aquaculture industries such as salmon farmers.

“If you take those genes that produce DHA and EPA then you have the basis, you are transferring it from one organism to another, but it is very complex to be able to move these pathways into a land plant,” DeBonte said. “BASF has been on this journey for two decades, to get it expressed correctly in the seed.”

Omega-3 is currently only found in fish, fungi or microalgae. Some other types of short-chain fatty acids are found in chia, flaxseed and walnuts, but not the long-chain variety that are highly regarded for their health benefits, DeBonte said.

The salmon industry has been encouraging its main fish feed suppliers and other industry groups to find substitutes for fish oil for their DHA and EPA needs because of a lack of availability.

Cargill purchased Norwegian fish feed supply leader EWOS in 2015 after targeting the fast-growing aquaculture industry as a sector that it wanted to expand in. The company, which recorded revenues of $107 billion for the 2016 financial year, has invested in production centers and R&D facilities in South America and Southeast Asia to gain presence in the salmon and shrimp markets.

Even though the aquaculture industry has been gradually switching to feed using vegetable oils and feeds instead of marine-based ingredients, it has “not compensated with omega-3,” said Einar Wathne, director of Cargill Aqua Nutrition, and the former director of EWOS.

“There is a limitation of how far we can go without that situation,” Wathne said. “Clearly what we can see now is that there will be a fit.”

Omega-3 fatty acids have been associated with numerous health benefits, including lowering the risk of heart disease, boosting fertility and brain cell and eye development in early childhood. A report by the United Nations' Food and Agriculture Organization said global fish consumption hit a record this year, surpassing 20 kilograms per person, compared with less than 10 kilos in the 1960s, partly because of the development of aquaculture.

Cargill is not alone in having identified the canola plant as a type of holy grail for the aqua feed suppliers. The Australian Grains Research and Development has teamed up with fellow Australian feed supplier Nuseed to advance lab tests where algae cells bearing the fatty acids have been transported to canola cells using agrobacterium.

In theory, Cargill carries an advantage over competitors by having the wherewithal to quickly scale up production using its close relationship with farming communities that has cultivated over 150 years of the company’s history.

Cargill has singled out the farming of canola as a high growth opportunity in the next few years, with the potential for yields to increase to 90 bushels per acre from 60 bushels per acre now, using genetic technology. The potential in to boost yields in crops such as canola is much higher than in corn where genetic engineering technology is far more advanced, said DeBonte.

Cargill chose Montana, on the edge of the so-called Great Plains area that encompasses several states in Midwestern US and Canada, because of the willingness of farmers to work with the project. The company has a close relationship with canola farmers in both Canada and the US.

Canola oil has become highly prized by Cargill’s major customers such as McDonalds Corp. for its low saturated fat properties.

On a global scale Cargill is working to become a major supplier of both GMO and non-GMO foods as it caters to both developing and developed countries where consumer choices often differ, CEO David MacLennan said at a May 3 speech at the Carlson School of Management.

DeBonte backed up MacLennan’s thoughts on GMO crops, by stating that consumers will have the final decision on what products they choose to eat.

The opportunity to farm DHA and EPA would be a lower cost alternative to competitors who are considering the development of algae-based DHA and EPA using fermentation tanks, according to Wathne.

“There are EPA and DHA fermentation processes today, but when are you look at large volumes, crop plants really produce the value and the volume.”

Cargill, as part of its aquaculture drive, is also working on substitutes to fishmeal. The company has backed a start-up company Calysta, in developing fishmeal from a gas fermentation process. Calysta and Cargill opened a R&D facility in Teeside, UK in September and look to start up a “world-scale” feed plant in the US by 2018, Calysta CEO Alan Shaw said Sept. 19.