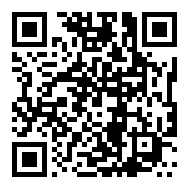 The change has been initiated as part of a program to create a common identity and corporate brand, “SUMI AGRO” for all of the companies in the newly named Sumi Agro Europe Group, which is an important part of the global operations of the parent company, Sumitomo Corporation, Japan, providing benefits to suppliers and customers through its worldwide network, along with its sister company, Summit Agro International, Japan.

As part of the above change, every company in the Sumi Agro Europe Group will change its company name (if necessary) and corporate logo so that all operations across Europe will sit under the new umbrella brand “SUMI AGRO” with an updated corporate image and new visual identity.

The President of Sumi Agro Europe Limited, Mr Naoji Ichisugi, announced this step as the start of a re-invention of the company which will deliver enhanced services to suppliers and customers, a wider and increased product portfolio and a further growth of the Group’s international presence.

The development of SUMI AGRO’s “own-registered” product portfolio has already started and, as a first success, the fungicide YAMATO® was launched in Poland and Romania during 2009. Furthermore, SUMI AGRO plans to strengthen its activities by acquiring and licensing additional products as well as expanding into new territories in the near future.

SUMI AGRO is well established in Central and Eastern Europe and is continuing to expand its business in CIS countries. In Western Europe, the Group is trading in France and Spain. The main activity in Spain is through the subsidiary company of Industrias Químicas del Vallés, S.A. (IQV), IQV Agro España, S.L., where Sumi Agro Europe Limited is a shareholder. SUMIAGRO is committed to the further expansion of its network through direct investment and joint ventures, utilising its core strengths of high quality market and technical knowledge, combined with long-term relationships with key decision makers in the agricultural business which are built on trust and shared values.

SUMI AGRO offers a wide range of services for development, registration, sales, marketing, technical support and logistics in agriculture industry, focussing on areas including crop protection products, fertilisers and seeds. Each SUMI AGRO company has registration experts who are familiar with the national regulations and market conditions in their respective countries and offer cost-effective and time-saving consultancy and support. SUMI AGRO’s team of agricultural and marketing specialists carefully position products and solutions in the most promising segments and can offer these products with application programs, usually as part of a promotional scheme.

Further information on SUMI AGRO is available at www.sumiagro.com.