Dow and DuPont, Bayer and Monsanto or Syngenta - Which will succeed? 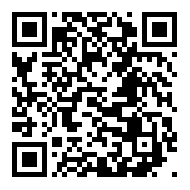 
Five of the six leading global crop protection and seed companies are currently involved in megamergers. Only BASF is standing at the sidelines, likely waiting to pick up attractive businesses that will unavoidably come on sale, once regulators have determined where the dominance of the newly formed entities will become too much.

It all started last year, when Monsanto intended to acquire Syngenta , but without success. The first deal which was officially agreed upon was the merger of equals between Dow Chemical and DuPont. It will lead to the formation of three new individual entities, one of them being the combination of Dow Agrosciences ("DAS"), DuPont Crop Protection and Pioneer, DuPont's seed business.

Shortly after the Dow/DuPont deal was announced, ChemChina made a public offer for Syngenta, and finally, the German Bayer AG surprised markets with its intention to buy Monsanto . After some tough negotiations, both companies agreed on a price, and should the deal go through, it will be the largest takeover of a German company ever.

Since the last wave of M&A in the late nineties, the industry is already highly consolidated. The six largest agrochemical companies represent around 75% of the global sales, and a similar picture materializes for seeds where the top six can accumulate approximately 65% of the global market share.

With the three looming deals, more than 60% of the current agrochemical market and close to 60% of the seed industry are currently involved in merger discussions. This is a situation which I believe has been unheard of.