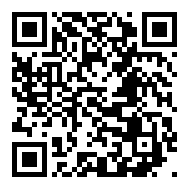 Favorites Print
ForwardShare
Nov. 18, 2016
The US Federal Insecticide, Fungicide, and Rodenticide Act Scientific Advisory Panel (SAP) is to meet to review the EPA's evaluation of the carcinogenic potential of the herbicide glyphosate.
At the meeting SAP, to be held December 13-16, will consider and review scientific issues being evaluated by the Environmental Protection Agency (EPA) regarding EPA's previous conclusion that glyphosate was unlikely to be carcinogenic to humans.
The meeting had originally been scheduled to take place October 18-21.
EPA has published meeting materials including a glyphosate issue paper with the Agency’s proposed classification that it considered glyphosate was not likely to be carcinogenic to humans at doses relevant for human health risk assessment.
The peer review panel has 90 days to provide EPA with a written report. Once EPA has reviewed the SAP report and made any appropriate changes to the risk assessment, it intends to release all the components of its full human health and ecological risk assessments for a 60-day public comment period during summer 2017 at the earliest.
The agency also has updated the roster of scientists that will be reviewing its findings, adding five new members to the panel and dropping one scientist, epidemiologist Peter Infante, whio has worked with labs that opposed chemicals in agriculture.
FIFRA Scientific Advisory Panel Members: Marion F. Ehrich, David A. Jett, Joseph Shaw, Sonya K. Sobrian, Kenny Crump, Laura C. Green, Kristi Muldoon Jacobs, Eric S. Johnson, Barbara L. Parsons, Kenneth Portier, Aramandla Ramesh, Lianne Sheppard, Emanuela Taioli, Heather Young, Daniel Zelterman and Luoping Zhang.
The EPA conclusion mirrors the results of reviews by the European Food Safety Agency and New Zealand EPA but is at odds with the International Agency for Research on Cancer in March 2015, which labelled the chemical a probable carcinogen.
View More

Source: HortWeek
Click to bookmark and build your agrochemical knowledge base
Print
ForwardShare