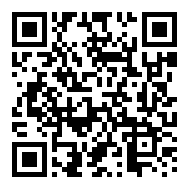 Nadia Al-Tamimi at the Plant Accelerator facility, which has enabled for the first time
the careful and systematic study of rice plants’ early responses to salt stress.
Rice is a staple for more than half of the world’s population, yet it is also the most salt-sensitive cereal crop. KAUST researchers have studied the early responses of rice plants to moderately saline conditions and for the first time pinpointed new salt tolerance genetic loci1. The results could support breeding programs to improve global rice productivity.
“Thanks to the unique Plant Accelerator facility in Australia, which is run by Bettina Berger from the University of Adelaide, we could analyze numerous aspects of the growth of multiple plants simultaneously,” said Mark Tester, KAUST professor of plant science and associate director of the University's Center for Desert Agriculture, who supervised KAUST Ph.D. student Nadia Al-Tamimi on the project.
The Plant Accelerator, created by Tester before he joined KAUST, is a facility that can grow thousands of plants at the same growth stage in pots on conveyor belts. Each plant moves automatically to be imaged daily by digital cameras, generating quantitative data on growth on a large scale—a technique called high-throughput non-invasive phenotyping.
Al-Tamimi’s team grew two types of rice varieties—297 indica and 256 aus—alongside a control group and monitored them for 13 days under high- and low-salt conditions. They photographed the plants to monitor biomass and shoot development and measured transpiration levels (how much water the plants used) by weighing each pot daily.
Unlike many previous plant growth studies, the researchers made no prior assumptions about early stage growth in their analysis, using unbiased statistical methods to help analyze the high-throughput phenotypic data. They found that growth rate diminished in salt-treated soils, with a rapid slowing of growth immediately after the addition of salt. The indica lines fared better than aus, however, which led the team to uncover significant genetic differences between the varieties. By combining data on relative growth rate, transpiration rate and transpiration use efficiency (TUE) with a genome-wide association analysis, the researchers could search for genetic loci related to specific plant traits.
It was important to carefully standardize the process to be able to isolate influences.
“Nadia’s systematic approach to ensure pot weight changes were purely due to transpiration—rather than from the soil surface—was key to including the transpiration data,” Tester said. “It appears genes involved in TUE maintenance are crucial to the main vegetative stage of rice growth, while other factors are more significant at earlier stages.”
Some genetic loci (for example, those connected with signaling processes) were important to growth in the first two to six days, while other loci became prominent later.
“This is perhaps the most astonishing aspect of this work—we can now provide genetic detailing in real time, pinpointing exactly when each locus comes into play during salt shock,” Tester noted.
Reference
1. Al-Tamimi, N., Brien, C., Oakey, H., Berger, B., Saade, S., Ho, Y.S., Schmöckel, S.M., Tester, M. & Negrão, S. Salinity tolerance loci revealed in rice using high-throughput non-invasive phenotyping. Nature Communications 7, 13342. (2016).
View More