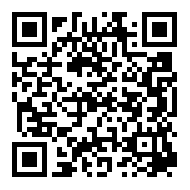 Favorites Print
ForwardShare
Nov. 16, 2016
The approval of herbicide substance bentazone, which is to expire on 30 June 2017, should not be renewed as its safety is yet to be confirmed, said MEPs in a non-binding resolution adopted on last Tuesday.
Bentazone, which is a common herbicide, has a high potential for direct leaching into groundwater, due to its inherent properties, say MEPs. However, the Commission proposed to re-authorise it until 31 January 2032, the maximum period possible, while simultaneously requesting data confirming its safety, they note, in a resolution adopted with 30 votes to 21, with one abstention.
MEPs highlight that the consumer risk assessment was not finalised, with data missing, in particular, regarding the potential for groundwater exposure. Moreover, bentazone is proposed by the EFSA peer review to be classified as toxic for reproduction category 2 (suspected to have reproductive toxicity potential for humans).
They therefore call on the Commission to give priority to requesting and assessing any relevant missing information before taking a decision on approval.
The resolution will be put to a vote by the full House during the 21-24 November plenary session in Strasbourg.