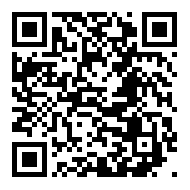 Favorites Print
ForwardShare
Nov. 11, 2016
After winning in France in October 2015 the Innovation Award from the Ministry of Environment and Sustainable Development, M2i Life Sciences the European leader in pheromones for biological plant protection won the European Business Award for Environment in the category innovation & process.

This award, presented on October 27 at a ceremony in Tallinn, Estonia, is awarded to companies in the European Union that combine competitiveness and environmentally friendly solutions. M2i was selected from a list of four finalists. A total of 148 companies from 21 European countries competed for this award, which recognizes companies that have developed products and smart services contributing to an innovative and sustainable economy. M2i is the first French company to win the award since 2004.

Founded in 2012, M2i Life Sciences is dedicated to the design, development and sale of biocontrol products and specifically pheromones; natural alternative to effectively and profitably, replace the use of chemical insecticides. M2i produces in laboratory by biomimicry olfactory substances emitted naturally by insects to communicate among themselves and reproduce. Thus it is possible to trick or confuse pests to eliminate damage to crops.

The process M2i was rewarded for by the European Commission is an innovative process of pheromone mating disruption by paintball. It is during the flight period that saturating the air with a large amount of the specific sex pheromone of the insect thus the prevention of males detecting females can be accomplished and therefore limiting the couplings and, preventing egg laying and infestation. The pheromone is micro encapsulated in a natural wax emulsion to form a gel which is totally biodegradable along with the paintball capsule. This unique process provides an extended release, controlled and stable over the time of the pheromone.

This pheromone gel is then inserted into biodegradable paintballs that is projected at a height on the tree that is suitable for the pheromone to be effective, this is done over the plot to ensure full coverage. This method is more convenient than trapping butterflies or caterpillars (less labor), more efficient (120 days of release of the pheromone or the entire lifecycle of the pest) and more discrete (no traps visible). This technique, already marketed for export, can significantly reduce the impact of this pest which is present on nearly 10 million hectares in Europe and affects 67% of French cities.

In addition to this innovative process, M2i has a catalogue of more than 50 pheromones. Partner with agricultural stakeholders and local authorities, M2i Life Sciences contributes to the promotion of sustainable agriculture and green spaces without the use of pesticides and helps to meet the challenges of the ecological transition and its implications for public health and biodiversity.

Having already been awarded at the ‘France of Solutions to the Council Economic Social and Environmental’ in October 10 and by the RMC Radio Trophy SMEs on October 18, recognition of the quality of its expertise by European authorities is a real encouragement for this young company, symbol of Made in France, developing nationally and continuing its rapid expansion in Europe and abroad.
View More