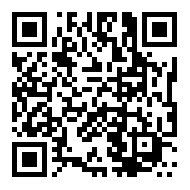 Favorites Print
ForwardShare
Nov. 10, 2016
Albaugh, LLC and Atanor S.C.A. announced today the departure of Marcelo Dumanjó as Chief Executive Officer of Atanor. Mr. Dumanjó served as CEO of Atanor since January of 2012, following a period of service as an independent Director.
“Marcelo presided over and led a dramatic and effective transformation of Atanor’s operations, financial management and governance during the past 5 years,” said Dennis Albaugh, Albaugh’s founder and Chairman. “Marcelo’s dedication and commitment has served us very well, and it has been my honor and genuine pleasure to work with him.”
Mr. Dumanjo said “I’m very proud of my accomplishments at Atanor, and am pleased to be handing over to my successor a professional management team and a strong platform for further growth with an emphasis on modern, transparent governance. Now the time is right for me to leave Atanor in the capable hands of new and experienced leadership and to seek new challenges.”
“We are grateful to Marcelo for presiding over a strong advancement of the company’s capabilities as well as its culture of integrity and transparency,” said Kurt Pedersen Kaalund, CEO of Albaugh. “We wish Marcelo the very best in all of his future endeavors. At the same time, we are pleased to welcome Cesar Rojas to the company. Cesar has served as a top executive in many crop protection businesses including Rhone Poulenc, Bayer, Cheminova and FMC, and we are fortunate to have such a talented and experienced crop protection executive agree to take over the leadership of Atanor’s future growth and development.”