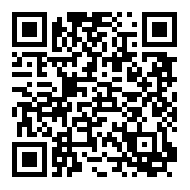 The majority of respondents cited their reasons for supporting GM crops in the following order: yield increases; lower production costs; increased resistance against pests and diseases; and limited pesticide use. Almost a quarter of respondents (24%) declined to reply, which points to a need for more information, the GNIS says.

The study indicates awareness of the threat to GM crops from anti-GMO activists. Some 62% affirmed that farmers who plant GM crops run the risk of having their crops destroyed by political activists.

About 50% of respondents think that the threat to GM crops discourages French researchers. The results refer to the destruction of GMO field trials in the country after the country transposed the EU GMO registration Directive into national law earlier this year.

This year, French farmers planted 22,000 ha of GM maize, the GNIS notes. The AGPM additionally examined views of farmers, producers and distributors of GM seed, as well as conventional seed producers. Among them, pest and disease resistance ranked as the highest concern. The majority (53%) cited resistance to lepidopteran and corn stalk borer pests as their primary reason to support GM crops, while 36% gave insects' damaging crops as their reason. They also named improved crop quality and the avoidance of loss as positive GM crop contributions. Additionally, Bt maize offers farmers a simpler and more efficient solution to pest control, the respondents said.

An average yield difference of 15% between GM and conventional maize is directly related to the intensity of pest attacks on fields, the GNIS notes. Lepidopteran and corn stalk borer pests also facilitate fungal development, the GNIS says, which harms crop quality. This is especially critical in maize used as feed, it adds. Better crop quality was cited by 48% of farmers as a GMO benefit. Harvest quality and yield were important to 30% of respondents.

Farmers are also motivated by economic reasons to plant GM maize, the study found. Most believe that there is a high market demand for GM maize. The vast majority, some 87%, of farmers who planted maize in 2006 did so again this year.

Bt maize is also seen to be environmentally benign. Its contribution to cutting insecticide use was cited by 21%, while lower fuel use by farming equipment was seen by some as another benefit. Bt maize was considered to have no effect on other plants growing nearby.

Many farmers started planting GM crops due to positive peer group experiences. About 33% cited field trials and sharing neighbouring farmers' GM crop experiences, while for 28%, a discussion in their professional circles was a deciding factor. Of the non-GM crop farmers, some 30% named fear of social pressure and too stringent checks as deterrents. Almost half of all respondents described GM crops as a "difficult" subject to discuss elsewhere. However, it remains an important topic to 63% of them.