Nufarm looks for deals out of Bayer, Monsanto mega merger 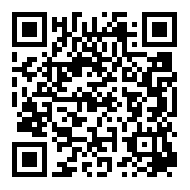 Favorites Print
ForwardShare
Sep. 22, 2016
Crop protection company Nufarm wants to swoop on assets that Bayer and Monsanto may have to cut free as part of its $US66 billion ($87 billion) mega merger.

After handing down a better than expected profit result on Wednesday, Nufarm chief executive Greg Hunt said he was eyeing potential acquisitions on the expectation that global regulators would force his major rivals to divest assets.

"I think regulators will look at portfolio concentration and market share by geography," Mr Hunt said.

"There will be opportunities for us to look at potential acquisitions that come as a divestment of those."

Mr Hunt said it was too early to determine what the regulators may do but he expected Bayer and Monsanto would be under pressure to divest certain molecules or product portfolios, particularly in Europe and North America where they had significant operations and large market share.

"Australia will be less impacted because we don't have genetically modified crops here," Mr Hunt said.

The big get bigger

US seed giant Monsanto agreed to a $US66 billion takeover by Germany's Bayer last week to create one of the world's biggest agriculture conglomerates.

The merger will create the largest supplier of seeds and pesticides and combined Monsanto's strength in seed genetics – where it has developed corn, soybeans, cotton and other crops capable of withstanding weed killing sprays – with Bayer's strength in chemicals and pesticides.

But the deal requires approval from about 30 regulators. It follows a series of mergers between large players including Dow Chemical and DuPont, Agrium and Potash Corp and China National Chemical Corp and Syngenta.

Mr Hunt said Nufarm's current operations would provide good growth opportunities as it moved to increase capacity at its manufacturing sites and looked to benefit from record crop production across Australia.

Nufarm was hurt by $81.4 million in one-off restructuring and asset rationalisation costs in the 12 months to July 31, which pushed net profit down 36 per cent to $27.5 million.

Revenue edged up 2 per cent to $2.79 billion while underlying earnings before interest and tax rose 21 per cent to $286.7 million, beating expectations.

Nufarm declared a final dividend of 7¢, up from 6¢ a year ago.

RBC Capital Markets analyst Andrew Scott said underlying earnings was 9 per cent above his forecast, and 12 per cent above Bloomberg's consensus estimate for $256 million.

"The strong result was primarily driven by margin expansion in North America and Latin America and the $60 million contribution from the performance improvement program," Mr Scott said in a note to clients.

"We believe that improved seasonal conditions, rising market share, new products, entering new regions and a $116 million cost out and restructuring program should underpin strong double digit earnings growth over the next few years," Ms Moore said in a note to clients.

Nufarm's Australian and New Zealand businesses suffered a 5 per cent drop in sales to $554 million, with underlying earnings down 10 per cent to $47 million.

Mr Hunt wants to improve the company's performance on its home turf, where it has been losing market share.

It has about 25 per of the crop protection market, down from about 35 per cent about eight years ago.

But Mr Hunt conceded the pendulum had swung too far and Nufarm needed to regain some market share and improve utilisation of its manufacturing sites.

Nufarm has rationalised its Australian and New Zealand manufacturing operations, cutting the number of sites from six to three. But its remaining plants are under utilised.