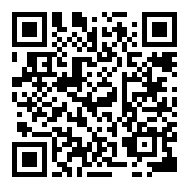 Favorites Print
ForwardShare
Sep. 13, 2016
Recently, ENN issued its 2016 mid-year report. During the reporting period, the company listed business income of 2.611 billion yuan, 2.05% down year on year, of which its main business - pesticide and veterinary drug sales - reached 786.8578 million yuan, up 12.08% year on year. The final net profit attributable to shareholders of listed companies is 43.4972 million yuan, which is 309.718 million less than last year.
The decrease in revenues has been blamed on the $1.061 billion impairment loss recorded after assessments of the reimbursable value of oil and natural gas assets of its subsidiary company Santos, which resulted in a loss of net profits in the first half of 2016, leading to a considerable decrease in investment returns. Thus, ENN reported a net profit of about 284 million yuan.
Early this year, ENN’s pesticide business income was 685 million yuan, an increase of 13.29% year on year. ENN’s pesticide business mainly comes from Veyong Biochemical and Inner Mongolian New Veyong Biochemical. Its pesticide products include abamectin-based insecticide, glufosinate-based herbicide and azoxystrobin-based fungicide. During the reporting period, Veyong Biochemical’s 1,000-ton glufosinate project progressed, as the work on the main plant buildings have been completed and much of the equipment has been installed. Commissioning work is expected to be completed within this year. The completion of this project will assist in reducing glufosinate production costs, which will be a new source for the growth of profits in 2017.