Albaugh announces investment of US$300 million to expand in Brazil 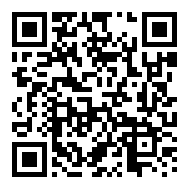 North American agrochemicals company Albaugh announced recently an investment of US$300 million to consolidate the brand and expand operations in Brazil. The restructuring of its manufacturing procedures and commercialization is aimed at increasing the company’s revenue in the Brazilian market to $500 million by 2021.

The company has operated in Brazil since 2005 under the Atanor brand. Last year, it acquired Consagro, a deal that concluded this year. In making new investments, the company hopes to consolidate the integration of Consagro and expand the catalog. It is the first subsidiary to use the company's global brand, which was named for its founder and is locally known as Albaugh Brasil.

The factory, located in Resende, Rio de Janeiro, has the capacity to produce 10,000 tons of copper-based fungicides per year, as well as 54,000 liters of herbicides. Currently, Albaugh has a portfolio of products based on 20 active ingredients in the Brazilian market. The expectation is to increase the base to 26 by the end of 2016.

“Brazil is experiencing an economic crisis, but our entrepreneur wants to invest here. Through these new investments, the company will strengthen its position in Brazil. Our focus is to create a low-cost product for the farmer,” noted the president of Albaugh in Brazil, Renato Seraphin, at a meeting with journalists in São Paulo.

This year, the company has forecast revenues of $180 million in the Brazilian market. Its five-year forecast expects its local market share to jump from the current 9% to 25%, based on earning $2 billion in global revenue during the same period.

The executives expect demand for agricultural products to grow given that the sector is in good shape despite the economic turmoil in the country. The strategy for its relationship with customers will be based on dealerships, not direct sales. The company will establish a network of partners by March of next year.

“We will focus on soybeans and corn crops in our portfolio. We are strong in the southern region, but we have to increase our business in the Cerrado region,” explained Seraphin, adding that biological products and seed treatment would be added to the portfolio.

As farmers have difficulty obtaining credit, the executives recognized that a considerable part of the company's business should involve an exchange for inputs, such as a barter arrangement, especially in the central western region. “Today, companies are expected to reduce their dependency on glyphosate, so we need to diversify our portfolio,” stated the president of Albaugh in Brazil.

For Seraphin, the market for generic agrochemicals will support the expansion. Data presented by the company show that from 1999 to 2015, the participation of such products in the market jumped from 34% to 59%. “If we consider that the patents are about to expire, this proportion increases to 77%,” he said.