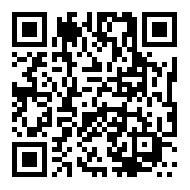 Chinese agrochemical company Nutrichem's recently published half-yearly financial report for 2016 indicates the depression of China’s pesticide market had a strong impact on the company, dragging down its total sales in the period to 1.990 billion yuan, marking a 6.53% drop from the previous year. Competition in the market has grown stiffer, resulting in lower product prices. However, the company’s net profit grew 6.01% to 177 million yuan because of efficient cost-control measures.
In the period, Nutrichem made progress in integrating with the industrial chain, acquiring 100% of the shares of Huapont Life Sciences’ subsidiary Shandong Fuer. Nutrichem expects the acquisition to broaden its product portfolio and help it step into the novel polymeric materials field. The company also acquired a 6.16% stake in Brazil CCAB Agro S. A. from Huapont Life Sciences, paying 93 million yuan in cash.
On the same day that the company released its half-yearly report, it also announced it would issue corporate bonds of no more than 1.2 billion yuan to broaden its financing channels and lay a firm foundation for future growth.
View More