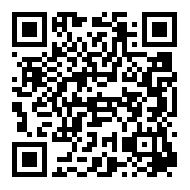 Advanta has reached a research and commercial development agreement with Bioceres S.A., an Argentinean biotech company, for the development of drought-tolerant sorghum, rice, cotton and brassicas.

This technology targets abiotic stress in a range of crops. Originally discovered in sunflowers, this gene is triggered or induced under drought or water stress conditions. Expression of this gene is associated with tolerance to both drought and salt stress, a feature Advanta plans to develop further with different gene promoter combinations.

"We recognize that water is going to be in great demand in the centuries to come and we are making efforts to address this issue through the use of biotechnology," says VR Kaundinya, CEO and Managing Director of Advanta. "These technologies will be very relevant for developing countries like India, as well as for the developed markets like the USA. Bioceres has exciting technology in this field and we are very happy to partner with them in this process."

"Grown on more than 100 million acres worldwide, sorghum is a very important cereal grain crop. This drought tolerant technology from Bioceres adds another dimension to the Advanta breeding program that builds on their salt-tolerant and nitrogen-use-efficient (NUE) technology, allowing Advanta to expand the global reach and impact of sorghum," says Kaundinya. "Many sorghum growing areas of the world, which are also growing in population, are challenged by soil salinity and scarce supplies of fresh water for irrigation. Increasing yields for food and feed in these environments is critical, which is why we are excited to be bringing these technologies into our large and diverse germplasm base and breeding program."

In addition, sweet sorghum has potential as a biofuels source. By combining technologies such as drought and salt tolerance with nitrogen use efficiency, Advanta and their biotechnology anticipate development of a sweet sorghum biofuels crop that will be a highly efficient alternative fuel source. This can be done while reducing the environmental impact and requiring less fresh water. The result will be more favorable economics than any other biofuels source.

"The use of technology is helping breeders around the world to maximize the potential for crops like sorghum to become a source of renewable energy, food and feed while minimizing the environmental impact," says ORear. "Continued development of drought and salt-tolerant sorghum hybrids and other technologies will help improve the efficiency and cost-effectiveness of growers."

Advanta is a global seed company headquartered in India and with operating units in Argentina, Australia, India, Thailand and the USA with a wide range of proprietary products in important agricultural and vegetable crops that improve the productivity and profitability of the farmers in different parts of the world. Advanta is a member of the United Phosphorous Group of Companies.

Bioceres is an Argentina-based investment management firm in the area of agricultural biotechnology. Its major investments are channeled through two company subsidiaries - INDEAR S.A., with a R&D focus, and Bioceres Semillas S.A., its seed business unit. Bioceres drought tolerance technology is based on collaborative research with Universidad Nacional del Litoral and the Argentine National Council for Scientific and Technical Research (CONICET).