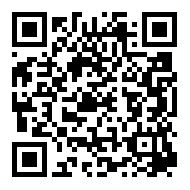 Favorites Print
ForwardShare
Jul. 8, 2016
The Oriental fruit fly outbreak last year in Miami-Dade County, Fla., caused at least $4.1 million in direct crop damages, but the damage could have been far worse, according to University of Florida Institute of Food and Agricultural Sciences economists and researchers.
In a new report, UF/IFAS researchers and the chief economist for the Florida Department of Agriculture and Consumer Services, compiled three scenarios for crop losses: optimistic, mid-range and pessimistic. So, although the optimistic scenario reports direct crop damage at $4.1 million, the pessimistic one shows that the loss could have been $23 million.
This report gives insight on how expensive an even wider outbreak of this pest could be to producers and the state, and it explains how important it was for quick action to be taken that wasn’t popular with some growers but definitely necessary.
Edward “Gilly” Evans, a UF/IFAS professor of food and resource economics, said the $4.1 million loss that he and his colleagues estimated was a conservative one and does not reflect the full economic impact on the economy due to the multiplier effect. In addition to these costs, approximately $1.5 million was spent by state and local agencies in a joint effort to control the outbreak.
The direct crop losses came as a result of the quarantine protocol and a potential non-planting response by growers in Miami-Dade County.
But UF/IFAS faculty credit quick, decisive actions by FDACS, UF/IFAS and the U.S. Department of Agriculture for limiting the reach of the fruit fly. Among other things, the UF/IFAS Tropical Research and Education Center provided logistics, acting as the hub for the entire operation, Evans said.
“Although there was certainly a cost to growers in the regulated area, all of Florida agriculture would have been negatively impacted if the pest had expanded its reach,” said Amanda Hodges, associate Extension scientist in the UF/IFAS entomology department. “Other states and countries would have stopped outgoing shipments of Florida’s agricultural products. At the very least, this pest would have cost millions if not billions of dollars if it had made a home here.
“Although many insects and diseases will not result in an eradication program, fruit flies generally will,” said Hodges, director of the UF/IFAS doctor of plant medicine program. “In fact, the state of Florida and the USDA have personnel who monitor fruit flies throughout the year. The state of Florida and USDA are the lead agencies for eradication programs in Florida, and fruit fly eradication efforts here are among the most successful in the world.”
In addition to the crop loss, the new UF/IFAS report says the fruit fly outbreak caused between $10.7 million and $58.5 million in overall economic losses. Evans, a faculty member at the UF/IFAS Tropical REC, in Homestead, Florida, outlines the findings in this new Extension document, http://bit.ly/28KHfcA.
The fruit fly feeds on more than 400 crops, including many grown in Florida. Once established, the insect may cause 25 to 50 percent losses in food-crop harvests. In August 2015, fruit flies began to appear in south Miami-Dade County monitoring traps, prompting FDACS to impose a temporary quarantine on 99 square miles that include an agriculture-dependent area known as The Redland.
Altogether, the county’s agricultural activities generate $1.6 billion in revenues each year.
Blair Siegfried, professor and chair of the UF/IFAS entomology department, said there is little anyone can do to prevent another outbreak other than to be vigilant in detection efforts and prepare for an outbreak if it’s detected.
“Each potential invading species has a unique set of circumstances related to the pest biology and the environment where it is detected,” Siegfried said. “In some cases, eradication may be possible, while in others, learning to manage the pest may be the best we can do.”