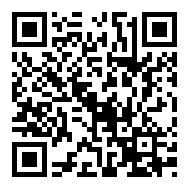 RV Bubna, Chairman and Managing Director, Sharda Cropchem in an interview to CNBC-TV18 spoke about the business outlook going forward.
Bubna is confident of a 15-20 percent CAGR growth over the next three years assuming constant currency and stable conditions.
The company is engaged in the marketing and distribution of a wide range of formulations and generic active ingredients globally. Its core strength lies in identifying generic molecules, preparing dossiers, seeking registrations, marketing and distributing formulations or generic active ingredients in fungicide, herbicide and insecticide segments.
The company has large exposure to the European market but only around 2-3 percent in Great Britain, so Brexit event is not likely to adversely impact them, said Bubna. However, if euro weakens against the dollar then there could be adverse impact.
For example, if there is one percent fall in euro then the impact for them would be around 0.2 to 0.3 percent, all other things remaining equally, he said.
He said for the current fiscal year the company would do about 200-250 registrations this year. So far, they already have around 1725 registration in the bag, with around 800 registrations in the pipeline, said Bubna.
Below is the transcript of RV Bubna’s interview to Reema Tendulkar and Nigel D’souza on CNBC-TV18.
Nigel: Before we get chatting about your business, we are aware that you have a big exposure to Europe. Could you tell us what is that exposure, do you have any kind of exposure to Great Britain? And also, this entire Brexit, if it does play out, does it hamper your business?
A: Our exposure to Europe is around 51-52 percent for the whole year 2015-2016. But exposure to Great Britain is between 2 and 3 percent.
Nigel: So, if Brexit does happen then what kind of an impact can it have on your business?
A: Brexit should not have an effect on our business unless Europe itself gets adversely affected.
Nigel: But what about the currency movements? Does that hit you?
A: If the currency movement goes against euro and the euro weakens against dollar, then we will have a direct adverse impact.
Reema: What is the sensitivity? Say there is a one percentage point decline in the euro, how will it affect the company’s earnings per share (EPS)?
A: There are a lot of counter acting forces.
Reema: No, all things equal.
A: I would say about 0.2-0.3 percent.
Nigel: In the last couple of years, the dollar has shown a lot of strength against the euro and even in that kind of a scenario, you have done a revenue growth of close to around 15 percent as we see in the last year. Now going ahead, what kind of revenue growth can you do? There are reports that indicate that maybe even a 15-20 percent or even a 20 percent compounded annual growth rate (CAGR) as well is what you can do in the next 3-5 years. Can you confirm that?
A: I would put it between 15 and 20 percent considering constant currency and stable conditions.
Reema: So, you expect a constant currency growth of 15-20 percent in the foreseeable future. How leveraged is the company to monsoon? Should we have a normal monsoon this year, compared to two prior years of a drought, will that in any way boost up the company’s growth?
A: No, the monsoon in India does not affect our business so much because our action and exports are 97 percent outside India. We have only 3 percent exposure within India.
Nigel: Let us talk about you operating performance. That is something that has really stood out. Even in the last year, you did margins of more than 21 percent. Are you confident of holding on to that level? Can you even better that because in the last year, I do not know if any factors played out over there, but your margins went from around 16.5 percent to around 21 percent? Were there any one-offs included over there or are you confident of holding on to these margins of around 21 percent. Can you better it?
A: Given the vagaries of the market forces and situations, I would say that our margins should stay between 18 and 20 percent. In exceptional cases, it can go up above 22 percent, but normally it should be in the range of 18 and 20 percent.
Reema: You have managed to reduce your working capital stress. Where does it currently stand at and do you foresee more ability for the company to pare down any working capital issues?
A: No, actually working capital is less because we have had a lot of business in the fourth quarter and we are also getting some credit from our suppliers. So, that has balanced the working capital requirement. We should stay in the same range.
Nigel: A lot of products, a lot of companies across various segments, they face pressures coming in from China. How big a factor is China in the business that you are in? Is there any possibility of some exports coming out of there? Could you give us details?
A: We are heavily dependent upon China for our sourcing. About more than 95 percent of sourcing is done from China and I do not see any concern in the foreseeable future as far as the supplies are concerned. China is having sufficient over production capacity and there are many manufacturers, good quality manufacturers for the same products, so I do not see any concern.
Nigel: So your raw materials are basically coming in from China? Are you trying to say that?
A: Yes, the raw material comes from China.
Reema: What is the outlook on new registrations for the company in the coming quarters?
A: As I have told you for the year ending March, 2016 we were having about 1,725 odd registrations already in our bag and about 800 odd registrations were in the pipeline. So, we hope to grow by the same similar range as we have grown from 2015-2016 – about 200-250 registrations in the coming year.
View More