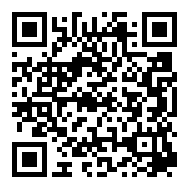 The recent scarcity of tomato in the country owing to the invasion of ‘tuta absoluta’, a pest destroying the fresh produce which has ravaged 80 percent of tomato crop is likely going to be a thing of  the past as scientists see solutions in azadirachtin and good pest management practice.
The invasion reduced locally available fresh tomatoes and forced consumers to buy puree and pastes that are relatively cheaper. The situation also pushed sellers into importing the commodity from West African neighbours in order to meet high demands.
“Azadirachtin is a biocide; it is a highly effective pesticide against so many pests including Tuta Absoluta.  The bio-chemical substance azadirachtin is about 0.6 percent in the neem kernel,” Mohammed Kabiru Yakubu, director of research coordination and the acting director general, National Research Institute for Chemical Technology (NARICT) Zaria said in an exclusive interview with Agro Nigeria.
“The efficacy of azadirachtin on tuta absoluta has been proven and well documented internationally,” Yakubu said.
The neem tree has long been recognized for its unique properties both against insects and in improving human health. It is grown in most tropical and sub-tropical areas of the world for shade, reforestation and for the production of raw material for natural insecticides and medicines.
“We can develop seeds that are resistant to the pest attack and also look at the best integrated pest management strategy to ameliorate the damage,” said Chikaleke Victor, principal research officer, National Horicultural Research Institute (NIHORT), Ibadan.
According to Mufutau Animashaun, horticulturist and a pathology expert, the first step to stop the tuta spread and find a lasting solution is to attack the insect’s itself at the reproduction stages, that from the eggs to the pupa stage.
“It’s not about attacking at the point of attack, but killing the egg before hatching, that is completely wiping it off from our farm lands,” he said.
The price of tomato increased by more than 300 percent in the last three months, a phenomenon never experienced in the country before. The country has almost 180 million population and tomato serves as staple food for the majority of this number.
Nigeria is the 13th largest producer of tomato in the world and the second after Egypt in Africa, yet the country is still unable to meet local demand because about 50 percent of tomato produce is wasted due to lack storage facility, poor handling practice, and poor transportation network across the country.
The situation has resulted in an import bill of N16 billion annually in the importation of tomato paste, which makes up for the shortfall in local production.
The federal government recently declared a state of emergency on tomato subsector in the country due to the scarcity of the crop in the country.
The government stated that a new tomato policy to address the current issue is underway.
The ministry of agriculture is currently working with the National Research Institute for Chemical Technology (NARICT) to make bio-pesticides available for farmers to address the tuta absoluta problem.
“The bio-pesticide is a plant extract that has been used in Indian. It is called Azadirachtin,” said Kayode Oyeleye, special adviser to the Minister of Agriculture and Rural Development.
“It has been known for a while. The ministry of agriculture is aware of it and we believe it will be very useful because it is a biological product,” he said.
View More