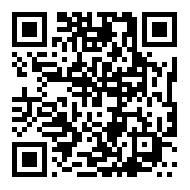 Favorites Print
ForwardShare
Oct. 27, 2009
Monsanto Company (NYSE: MON) announced it has received approval from the Agriculture Ministry and Minister of Environment in Mexico to plant small-scale field trials of its corn traits in Sonora, ending an 11-year moratorium on biotech corn research in Mexico.

"This is the first of many steps in bringing the benefits of biotech corn to Mexico’s farmers, which will help them increase their productivity using fewer resources and as a result improve their quality of life,” said Jose Manuel Madero, Monsanto business lead for Latin America North. “Through these trials, Mexican scientists will be able to obtain scientific data that will help us gain valuable insights on the best ways to manage this important crop in the Mexican environment.”

The six-month trials will start at the end of the month. Monsanto expects to deliver the results to Mexican authorities in May 2010. Madero said the Monsanto team expects the results of the trials will help alleviate any concerns the Mexican government has had related to biotechnology.

"Mexican regulators have put in place a detailed, rigorous review process,” Madero said. “We are appreciative of the efforts they have taken to ensure a science-based assessment of this technology.”

The approval follows completion in March of a regulatory framework on biosafety and biotechnology, which allowed the Mexican government to start to receive and process permit applications for biotech field trials. The framework put in place guidelines for introduction of biotech corn in Mexico in order to protect Mexican corn landraces. Mexico established a moratorium on biotech corn plantings in 1997, with the caveat that it would be lifted when such a regulatory framework was implemented.

Monsanto also has received field trial permits for the states of Sinaloa and Tamaulipas.