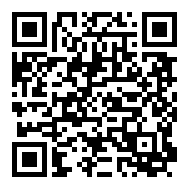 The Glyphosate Task Force values ongoing efforts by the European Commission to resolve the current impasse around the re-approval of glyphosate at EU level.
At this point in the process, however, it is highly regrettable that Member States have failed to reach agreement on a renewed approval. This is despite the outcome of comprehensive scientific evaluations which clearly conclude that glyphosate poses no unacceptable risks.
The EU legislative framework governing the authorisation of active substances already provides for the assessment of new scientific evidence during the approval period.
Therefore, the proposal to extend the existing approval period in order to take account of the ECHA classification of glyphosate sets a precedent which is disproportionate in the context of the rules and procedures related to the authorisation of active substances.