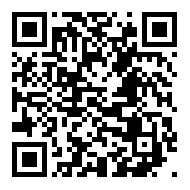 Favorites Print
ForwardShare
Jun. 1, 2016
Isagro S.p.A. recently announced to the market that its biosolution ECODIAN SL has obtained the Ministry of Health authorization for distribution on the Italian market.

Another piece is therefore added to the Isagro industrial project. ECODIAN SL witnesses the dramatic growth aimed at by the Company regarding the biosolutions dedicated line. It is worth to remember that the biosolutions world market is valued 2,5 billions of dollars, 10% of which is located in Italy where, in the next three years, the usage volumes are foreseen to double.

“We wish to extend our weight in this area.” says Isagro President Giorgio Basile, “Italy is an important market. We have always believed in the biosolutions right as the solution and response to the growing demands of production increase with unchanged land availability, but above all, thanks to them, Isagro aims at strengthening the ever more technical-agronomical skills shown by the Italian agricultural firms in the integrated plant protection efforts.”

ECODIAN SL (designed for horticulture and floriculture, either in open field or greenhouses) controls a dreaded phytophagous insect, the Spodoptera littoralis (known as the Cotton Black Cutworm), through the “sexual disorientation”, in the sense of preventing the male from reaching and fertilizing the female who, as a consequence, won’t give birth to eggs and larvae, that are held responsible for the crop damages.

There’s no mating thanks to the release of pheromones (identical to the virgin females ones) from a thread in cellulose (Isagro patented technology) covered with MATER-BI (Novamont exclusive material), by creating some pheromone “traces” that prevail on those belonging to the females; this way, the male follows these artificial traces without ever joining the females, thus the mating is no longer feasible.

The insect containment happens therefore by using a smaller quantity of synthetic insecticides, in line with the principles of the agricultural crops sustainability.

ECODIAN SL, after 150-180 days of exposition to the atmospheric agents, is to be considered used up and can be left in the soil where it will be degraded by the existing micro-organisms.

ECODIAN S.L, AS A RESULT OF THE SYNERGIES BETWEEN ISAGRO AND NOVAMONT

ECODIAN SL has a double content of advanced research and development that are fully made in Novara,the Piedmontese town referred to as the story writer of the Italian and world Chemical Industry.

“Such result, which roots are to be found in Montedison tradition, underlines the values of interdisciplinarity and connection between tradition and innovation in the service of a better environmental quality for the agriculture world, being the key sector where to rebuild a future of quality ", as Catia Bastioli, Novamont Managing Director, stated.