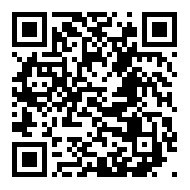 Currently, the six agricultural companies are on the ground for merger and acquisition. However, which group will get a go ahead from the regulators is yet to be seen.

In 2015, multiple mergers and acquisitions (M&A) were witnessed in the Energy sector. In the same manner, the current year brought M&A approaches in agriculture sector, where companies were struggling hard to acquire one another.

Agricultural sector’s merger trend started in the end of December 2015, when Dow Chemical Co (NYSE:DOW) and DuPont merger became the hot news in on the Wall Street. Likewise, in the start of 2016, Monsanto and Syngenta acquisition news came into the limelight. Both the companies tried to acquire one another but the deal did not go through and both moved ahead.

This week, Bayer confirmed its intention to acquire Monsanto Company (NYSE:MON). The deal details were not revealed. However, analysts believe that Monsanto might object the offer. This may arise on the back of its faith in its R&D pipeline and longer-term competitive advantages.

While making this announcement, Monsanto CEO Hugh Grant said: “There are no signs of improvement, but not much indication of further deterioration.” This reduced guidance is in line with the company’s retention plans to accommodate prevailing conditions. Previously, Mr. Grant announced 3,600 job cuts to accommodate the same plan.

In reaction to Bayer’s proposition, its shareholders raised concerns. They termed the company’s approach as an “arrogant empire-building”, which has caused the company shares to drop ever since the news surfaced. They fear the company might need to raise capital to accomplish this deal.

Analysts believe that such transaction will ratchet up the intensity of regulatory scrutiny of all agricultural consolidation activity. They see the German-based company to not only become the biggest agricultural supplier but also get direct access to genetically modified seeds.

In February 2016, Syngenta AG (ADR) (NYSE:SYT) announced ChemChina’s interest to acquire the latter in a deal valued over $43 billion. This deal was termed as the biggest ever foreign deal that was offered by any Chinese company. If the deal gets closed successfully, it will give Chinese companies an access to North American market, where Syngenta claimed to have widespread existence through pesticides and seeds market.

Later, Syngenta entered into voluntary filing with the Committee on Foreign Investment in the United States (CFIUS) for the deal’s clearance. The filing was made even though no national security threats were observed during the diligence process. The CFIUS committee, which comprises members from 16 US agencies, including the Homeland Security, Defense and Treasury, under the supervision of Chair for the Committee, Jacob Lew started looking for the potential threats that may arise due to the proposed deal.

While the observation was undergoing, Mr. Lew, in March 2016, requested US Department of Agriculture (USDA) to join them in assessment to find any impact on the domestic food security. The latter agreed to join the committee to further review the deal.

On the other hand, amid regulatory decision extension, Syngenta’s date for shareholders to vote in favor for the deal has been postponed from May 24 to July 18, 2016. A spokesman from Syngenta stated, "We don't have all the regulatory approvals yet.” Nevertheless, both companies still presume the deal to materialize later this year.

Analysts believe that this prospective acquisition is likely to face lesser scrutiny from the authorities, since the merged company will only cater 19% US agrochemical market share. Furthermore, this acquisition is also projected to assert tough competition to the Dow-DuPont merger.

The process of Dow and E I Du Pont De Nemours And Co (NYSE:DD) merger of equal is currently undergoing scrutiny from the US Securities and Exchange Commission (SEC). During its first quarter earnings announcement, DuPont stated that it expected this review to be completed by end of June 2016.

On the other hand, the US Department of Justice’s antitrust division asked the company to submit additional information and material in regards to the merger assessment. Eyeing towards the merger completion, DuPont CEO, Edward Breen gave his remarks: “We are shooting for October-November kind of close of the transaction…. We're in great shape in all our filings in all the jurisdictions around the world - China, Europe, Brazil, obviously the U.S. - all that's in motion."

Both companies anticipated the transaction to be completed by the second half of this year. The companies have already agreed to consolidate on an all-stock merger of equals, valued at nearly $130 billion. The merged company will get separated into three specialized business entities namely agriculture, material science, and specialty products.

Besides this, DuPont has also disclosed its intention to buyback around $2 billion worth of shares this year, once its shareholders vote for the deal. The voting is projected to be held after SEC completes its review.
Analysts had already predicted the merger to face a series of regulatory concerns, especially when it comes to agriculture business combination. Nevertheless, both the companies showed their willingness to divest their partial assets, if any such query appears from the regulators.

The role of US regulators remained a key concern towards these giant M&A. The US anti-trust authorities are already assessing Dow-DuPont merger and Syngenta-ChemChina acquisition deals. The Monsanto-Bayer acquisition deal may bring additional burden on them.

Currently, US Environmental Protection Agency (EPA) is also involved in the Monsanto case, where regulators are assessing the Dicamba herbicide’s updated version. Once approved, the company will pair it with new soy beans line, which is already approved. Monsanto CTO, Robert Fraley believed that the company will achieve approval within the next few months.

In regards to the proposed M&As, Wall Street Journal stated that the chances of clearance of such deals from the US antitrust regulators are highly unlikely. This stand was supported with the statement that if the mergers are approved, then 70% of the global pesticide market and 83% of US corn seed market would come under the control of the three consolidating corporations. The approval of all three bids by the regulators was projected to result in higher price tags for the farmers and consumers.