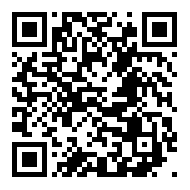 A researcher at the University of Illinois thinks he has pinpointed how Palmer amaranth populations in Arkansas are now resistant to a class of herbicides known as PPO-inhibitors (PPOs).
Weed scientist Patrick Tranel set out to show the mechanism of resistance to PPOs by starting with waterhemp.
The genetic code of an organism, which determines all of its physical traits, is housed in its DNA in molecules known as nucleotides. Normally, mutations in genetic sequences that give rise to herbicide resistance happen at the scale of a single nucleotide.
In PPO-resistant waterhemp, however, Tranel’s group found a different mutation. Instead of a change in a single nucleotide, they found the deletion of three nucleotides. “It seems like it would be really rare and difficult for this particular mutation to occur. It just shouldn’t happen,” Tranel says. But, for waterhemp, it did.
This mutation probably happened because the sequence of three nucleotides was repeated, and this repeat just happened to be in the right place in waterhemp’s genetic code.
So, the team looked at the genetic sequences of related pigweeds, to see if they had the repeat in the right place, and found that most did not. However, when they looked at the genetic code for Palmer amaranth, they found the repeat. They predicted that, someday, they’d see Palmer amaranth developing resistance to PPOs.
“Palmer has this repeat. It’s predisposed to PPO resistance. If waterhemp can do it, Palmer can too,” Tranel notes.
Soon, several of Tranel’s colleagues started hearing reports from farmers about Palmer amaranth that wasn’t being killed by PPOs. When Tranel tested samples sent from Arkansas and Tennessee, he found the mutation. His prediction had been right.
“We predict PPO resistance is going to spread very rapidly in Palmer, like it did in waterhemp. By now, we know PPO-resistant Palmer is present in at least three states. If a farmer has Palmer, they should not rely on PPO as an effective herbicide. It might only work for a couple of years,” Tranel says.
In fact, when Tranel and his colleagues tested the effectiveness of the PPO inhibitor fomesafen on an Arkansas population of Palmer amaranth, they found that each successive generation had a higher frequency of the mutation and required more and more PPO to be applied to achieve a 50 percent growth reduction.
The rapid spread of the mutation in these populations is bad news for farmers, but intriguing from an evolutionary science point of view.
“That’s why resistance is so cool: it’s just evolution,” Tranel says. “We can study it at warp speed. Most people who study evolution have to deal with time scales of hundreds or thousands of years. We can study evolution in five or ten years.”
How can farmers deal with this new threat? Tranel says they should “pray for a new herbicide.”
But for the time being, he suggests they use as many different pre- and post-emergence herbicides with as many modes of action as possible in every field in every year.
The battle continues.
The article, “Resistance to PPO-inhibiting herbicide in Palmer amaranth from Arkansas” is published in Pest Management Science. The research was supported by the Arkansas Soybean Research and Promotion Board, Cotton Incorporated, and Syngenta Crop Protection.
The full text of the article is available at http://onlinelibrary.wiley.com/doi/10.1002/ps.4241/full.

Source: University of Illinois
Click to bookmark and build your agrochemical knowledge base
Print
ForwardShare