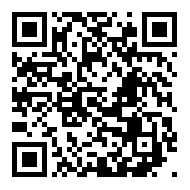 Favorites Print
ForwardShare
May. 9, 2016
Over the last eight years, growers in Eastern Canada have faced an alarming and unexpected increase in resistance. Glyphosate-resistant giant ragweed, common ragweed, Canada fleabane and waterhemp are among the weeds surfacing across southern Ontario and Quebec. This upsurge in resistance is radically affecting quality and yield in corn and soybean crops and no field is immune.

"The first glyphosate-resistant weed was identified in 2008 in Ontario. Since then, glyphosate-resistant giant ragweed is now found in the six southwestern counties in Ontario," said Peter Sikkema, Professor of Field Crop Weed Management at the University of Guelph, Ridgetown Campus. "It has been identified in Essex, Kent, Lambton, Elgin and Middlesex, as well as Huron counties."

Glyphosate-resistant Canada fleabane seed is wind dispersed, contributing to its rapid spread across southern Ontario. It is now found in 28 counties from Essex county in the southwest to Glengarry county on the Quebec border.

"Based on our research I really think that it is important that farmers incorporate multiple modes of action, on every acre every year, as part of an overall weed management strategy," said Sikkema. To aid in the fight against glyphosate-resistant weeds, BASF has introduced a new herbicide for corn called Armezon PRO. It is a pre-mix of Armezon and Frontier Max that provides fast-acting, broad-spectrum residual control of both grass and broadleaf weeds for growers looking for additional modes of action and an excellent resistance management strategy.

"Armezon PRO offers a wide window of application from the one to eight leaf stage," said Rob Miller, Technical Development Manager, Eastern Canada, BASF. "It must be applied with atrazine, but for growers looking for an additional activity on tough to control broadleaf weeds, substituting Marksman for atrazine will provide up to five modes of action in glyphosate-tolerant corn."

Armezon PRO is also fast acting on conventional corn, tank-mixed with Merge up to the three leaf stage.

"If you go into the field earlier at the one to two leaf stage, there is enhanced residual control with the Marksman tank-mix," continued Miller.

Marksman in combination with glyphosate can be used from the one to five leaf stage. The use of Marksman provides better activity on perennial weeds, as well as glyphosate-resistant species, such as Canada fleabane, Giant and Common Ragweed and Waterhemp.

"We had a heavy infestation of some grasses and lamb's-quarters," said Harvey Hill, a grower from Arnprior, Ontario. "The field we chose for the trial with Armezon PRO was right next to the road and we could watch it every day. You could visually see the effect of the product as it killed the weeds. With Armezon PRO, you're getting Frontier Max which gives us better control of annual grasses. It gives you a good feeling when you see the weeds dying."