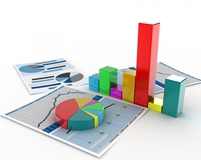 In 2013, the total quantity of pesticide sales amounted to close to 360,000 tonnes, according to the 2015 Agriculture, forestry and fishery statistics report published by Eurostat. It’s the first time that Eurostat add pesticide sales section in this report. Spain (19.5%), France (18.7%), Italy (13.8%), Germany (12.3%) and Poland (6.2%) were the Member States in which the highest quantities of pesticides were sold and together they made up 70.5% of the EU-28’s pesticide sales.
Regulation (EC) No 1185/2009, entered into force in 2009, is the legal basis for the data on pesticide sales. This Regulation establishes a common framework for the systematic production of Community statistics on the placing on the market and use of those pesticides which are plant protection products. Such statistics are necessary for assessing policies of the European Union on sustainable development and for calculating relevant indicators on the risks for health and the environment related to pesticide use.
Fungicides and bactericides were the most sold group of pesticides with a 42% share, followed by herbicides, haulm destructors and moss killers with 35% of the total. Together with the group ‘Other plant protection products’ (13%), the three groups added up to 91% of the pesticides sold in the EU-28 in 2013. Of the other three groups of pesticides, insecticides and acaricides had a 5% share of the total, plant growth regulators 3% and molluscicides held the smallest share of pesticides sales with 1%.
Looking at individual EU Member States, Spain, France, Italy and Germany are top ranked in the amount of sales of each group of pesticides, just like in the total amount of sold pesticides.
Pesticide sales by major groups, 2013 Among the top four countries having the highest pesticides sales, only Italy ranked in the top four of pesticide sales per hectare with 4.01 kg/ha. With a value of 13.59 kg/ha, Malta recorded the highest quantity of pesticides per hectare. The most active substance sold and used in Malta is Sulphur, which covers around 65% of total sales and also around 90% of total active substances used.
The Netherlands, Belgium, Italy, Spain, Portugal, Greece, Germany and France all had amounts of pesticides sold per hectare above 2 kg/ha.