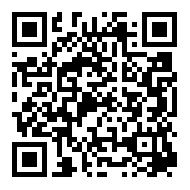 Favorites Print
ForwardShare
Apr. 1, 2016
The European Chemicals Agency (ECHA) has launched an additional public consultation on the harmonised classification and labelling (CLH) for carcinogenicity of epsilon-metofluthrin. The public comments will be closed on 13 April 2016.

The proposal for harmonised classification and labelling (CLH) of epsilon-metofluthrin was submitted by the Health and Safety Executive in the United Kingdom and was subject to a public consultation, which ended on 14 August 2015.