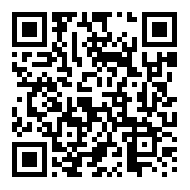 The US biopesticide company Marrone Bio Innovations’s revenues reached $1.9 million in the fourth quarter of 2015, compared to $1.1 million in prior year's period. This growth reflects increased grower adoption of the Company's products, use of the Company's products on an expanded number of crops, new customers and improved levels of channel inventory compared to the prior year.

The Company also noted that, as compared to September 30, 2015, total net deferred revenues at December 31, 2015 grew by approximately $1.0 million. This net increase in deferred revenues reflects increased shipments to certain customers that are accounted for under the sell-through method of revenue recognition.

Dr. Pam Marrone, Chief Executive Officer, commented, "We are pleased to have seen an improvement in our business during the fourth quarter and, with many of the distractions of the past year behind us, we are excited and energized as we begin 2016. We have achieved a number of important operational objectives, including EPA approval of an improved formulation for Regalia biofungicide, our first commercial sales of Majestene bionematicide, the submission of MBI-110 biofungicide to the EPA and the expansion of our product portfolio with a distribution agreement for Isagro's biofungicide, Bio-Tam 2.0."

Dr. Marrone continued, "As we go forward, we are focused on a number of additional operational objectives in addition to our priority on product sales growth. These include the launch of an improved Grandevo granule formulation, a partnership for Zequanox, the formation of a partnership for the seed treatment market, the signing of one or more row crop distribution deals, the signing of new distribution agreements in international markets and additions to our intellectual property portfolio."

The Company's reported net loss for the fourth quarter of 2015 was $11.0 million, compared to a loss of $16.2 million in the fourth quarter of 2014. This reflects the positive impact of restructuring activities and increased revenues, offset by certain non-operating expenses associated with its financial restatement, Audit Committee investigation and related matters. Except with respect to ongoing related litigation, the Company does not expect these expenses to continue in the future.

The Company's reported net loss for the year was $43.7 million, compared to a loss of $51.7 million in 2014. The Company noted that its full year financial performance for both years reflects non-operating expenses and certain non-recurring charges associated with its restatement, Audit Committee investigation and related matters.