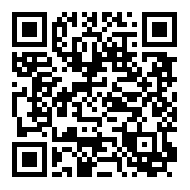 Favorites Print
ForwardShare
Dec. 14, 2007
United Phosphorus (UP) registered a consolidated sales rise of 73% to Rs 8,850.1 million ($222.5 million) in the second quarter of fiscal 2007. Agrochemical sales, which account for around 86% of the consolidated revenues, accounted for Rs 7,611 million approximately. Contribution from the US agrochemical company, Cerexagri, which was acquired by UP in early 2007, played a role in the jump in revenues. Profit before tax at Rs 909.8 million, however, showed a comparatively modest increase of 20.5% over the same period last year. The main reason for this was an 86% rise in expenses.
Standalone sales of the company were quite sluggish in contrast, with the agro division displaying a growth of 3.8%, recording sales of Rs 2,783 million. It also incurred a loss before tax of Rs 43.5 million, against a profit of Rs 605 million in the corresponding quarter last year. A three-and-a-half fold increase in interest charges, from Rs 138.7 million to Rs 481.8 million, was mainly to blame
View More