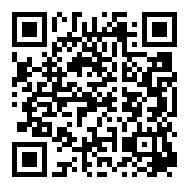 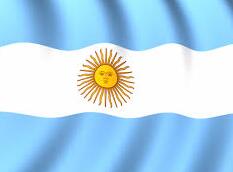 Total sales of agrochemicals in Argentina fell 17% in 2015 to US$ 2.4 billion in comparison with the previous year. The main reasons for the reduction were the low producer investment on technology, besides a fall of the planted surfaces of both wheat and corn due to the low profitability generated by taxes, restrictions on free trade and exchange rate.

Although this trend started to be reverted in the last quarter of the year, it was not enough to avoid a significant fall. The comparison between periods of four months last year signed a clear change: while the third period had shown a revenue slightly higher than US$ 500 million, the sales in the last four months overcame US$ 1 billion with more strength since the last half of November, after the electoral result.

One highlighted aspect is the revenue of the companies that dropped even more the sales volumes. Besides a lowering demand, there was also a strong fall of the prices of the products. While total sales dropped 17%, the quantities available in the market reduced 9%.

The major sector continues to be glyphosate, which accounted for sales of US$ 1.13 billion or 38% of the total. The second most important were the rest of the herbicides with a total of US$ 967 million or almost 33% of the total. Considering the two segments of herbicides, they correspond to over 70% of the total agrochemical market last year in Argentina. In third places, there were insecticides with US$ 430 million and fourth the fungicides with US$ 265 million.

Considering the rankings by company, excepting the German BASF, all the other top 7 companies registered revenue fall. The Argentine company that gained the most was Agrofina, of the Los Grobo group, appeared in eightieth place in the general ranking. Another company that overcame US$ 100 million in sales was RedSurcos.

For Sebastían Calvo, director of RedSurcos, it is key the introduction of nanotechnology among its products. “Now, the market has a lot of movement because producers are taking care of all crops,” said the executive to newspaper Clarín.

And Horacio Busanello, CEO of the Los Grobo group, evaluated that the local market of agrochemicals will grow significantly and will retake the revenue levels of 2014. “There will be a strong growth of the quantities, mostly because of the recovery of corn and wheat planting areas, but not so much of unit prices of products,” he analyzed.

At the reduction of agrochemical sales there is a strong influence coming from the fall of oil prices, which most basic inputs of the products that are used in the fields derive from. For the farmers, it is good news because the relationship between products that they sell (mostly grains), and the inputs that they buy, are highly favorable to them.