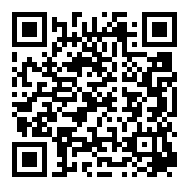 Favorites Print
ForwardShare
Jan. 5, 2016
Sterilant herbicides mainly include the remaining formulations of paraquat, glyphosate, aquacide and glufosinate. However, Paraquat AS is to be delisted from the market on 1st July 2016.

Glyphosate weed resistance and safety issues have become increasingly more evident, while aquacide has a limited controlling spectrum. A general survey of the market reveals glufosinate’s features of high efficiency, safe use and its broad spectrum, enabling it to be a most competitive sterilant herbicide.

Glufosinate technical requires a complicated production process, along with stringent environmental compliance requirements, resulting in high entry barriers. As one of the earliest glufosinate manufacturers in China, Veyong Biochemical is in possession of a 1,500-ton glufosinate technical production capacity, while a further 3,000-ton capacity is being built. The company owns an internationally advanced synthesis process and technology, with purity of its technical products reaching 95%, which lays a good foundation for the future glufosinate prospects for the company.

Glufosinate is a strategic product of Veyong Biochemical, whose product formula has been developed over eight years and optimized, having now reached the national first-class level. The product is resistant to storm water flushing and free of impact from rainfall for two hours after being applied, which provides a broader scope of use than ordinary glufosinate, in terms of restrictions on watery environments. 2016 will be the year to reshuffle the sterilant herbicide market, as Veyong Biochemical is prepared to shape its glufosinate brand image and rush to capture the market share dropped by paraquat, as being supported by the company’s FS system and the registrations of the 200g/L glufosinate AS and the 10% glufosinate AS.