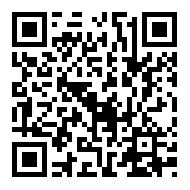 The company owns some very well-known and fast-growing brands in the local market, even though its name is not very familiar among Chinese distributors since this was its first time at the exhibition. One distributor noted he had been distributing mancozeb products from Cerexagri for a long time but had never noticed UPL was behind it. “We also noticed the situation," one staff member from UPL said. “To widely increase awareness of the UPL brand in China, the company has unveiled a new logo at this event, simplifying the company's name from ‘United Phosphorus Limited’ to ‘UPL,’ which is concise and clear, as well as easy to read and write, and this will significantly enhance the brand's awareness in the Chinese market and globally.”

The company displayed all its brands in the Chinese market at the fair, including the series of products it now owns after acquiring Cerexagri in 2006. Many of its brands are well-known in many markets, such as the brands of its organosulfur and copper products and some brands of its mancozeb products. These products have high quality and strong performance and are easily recognized by distributors and farmers, having grown rapidly in the last few years. The display at this event is expected to help the Chinese market gain a clearer picture of the connection between UPL and these brands.
UPL operates across the entire territory of China, including the most distant provinces such as XinJiang and Hainan. The company performs well, especially in the Chinese fruit and vegetable market. Currently, UPL is one of the few off-patent companies to have a relatively strong presence in the branded segment of the highly competitive Chinese market and is the only one based in India.
About UPL
UPL Limited, formerly known as United Phosphorus Ltd., was incorporated in 1969 and is now a leading global producer of crop protection products, intermediates, specialty chemicals, and other industrial chemicals. The company also provides value-added Agri inputs, from seeds to crop-protection and post-harvest solutions, to its customer base in 123 countries. UPL is the largest manufacturer of agrochemicals in India and ranks among the top five post-patent agrochemical manufacturers in the world. Under AgroPages' Top 20 Global Agrochem Firms List 2015, UPL ranked No. 11, with agrochemical sales of US$1,835 million.
UPL entered the Chinese market in 1999, where it was established as a wholly-owned subsidiary in Shanghai.