Monsanto gets OK from USDA for MON 87411 maize 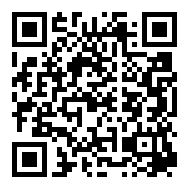 Monsanto has cleared a regulatory hurdle for the release of a new type of genetically modified corn, with the U.S. Department of Agriculture signing off on the seeds.
The USDA's Animal and Plant Health Inspection Services announced Friday that it would deregulate Monsanto's MON 87411 maize after the agency's review concluded it did not pose a significant threat to other crops, plants or the environment, Reuters reports. The corn was developed to fight rootworms and be tolerant to glyphosate herbicides.
The seeds must still be assessed by the Food and Drug Administration and the Environmental Protection Agency in the U.S. and other regulators in other countries.
St. Louis-based Monsanto is planning a full commercial launch of a line of products featuring the corn by the end of the decade if all necessary regulatory approvals are received.