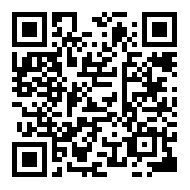 CEO Hugh Grant will say later at the Credit Suisse 22nd Annual Chemical and Ag Science Conference that its newest corn and soybean seeds are expected to drive one-third of gross profit growth in 2012. He will say, "As a result of delivering benefits on the farm and to our many seed company licensees, we expect our U.S. seed business alone to generate more gross profit in 2012 than our entire seed portfolio did around the world in 2009."