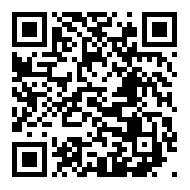 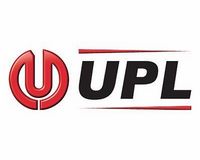 Indian agrochemical company UPL Ltd achieved a 11% sales growth to Rs. 30,640 million in the first quarter of fiscal year 2015-16 which ended June 30th, 2015. The growth was mainly contributed by 16% increase in volume which aided by strong growth in Brazil, but the positive effect was partly offset by 5% decline caused by unfavorable exchange. Gross revenue from domestic sales rose by 15% to Rs. 10,830 million, accounting for 35% of the company’s total sales, while international revenue (65%) was increased by 9% to Rs. 19,810 million. EBIDTA was improved by 14.2% to Rs. 5,870 million.
Weak agriculture commodity prices, adverse weather conditions and the resultant impact on demand conditions took away pricing power. Pricing has remained flat. The five percentage-point difference between volume and revenue growth in the last quarter has been due to exchange rate pressures. In contrast, in the first quarter of the previous fiscal year, pricing contributed a significant part of the revenue growth. Also inventories rose sharply in the June 2015 quarter.
Regional sales
UPL achieved sales growth in all regions in the first quarter. In India, the company highlighted that power brands continued to outperform the market. Commodity prices depressed (except pulses) resulted in reduced cash flow in the market. Parts of Maharashtra and Karnataka are facing dry weather and crop shift towards cluster beans & corn will affect rice & cotton area. New products Iris and Eros, launched last year, are expected to perform as per expectations.
Latin America is the biggest overseas market for UPL, the Q1 sales in Latin America surged 21% to Rs. 5,870 million due to strong growth in Brazil despite low commodity prices. Crops in Argentina harvested with good yields. Weed resistance creating good opportunities for UPL’s herbicide portfolio. Continued devaluation in Brazil, Mexico and Colombia is resulting in distributors delaying purchases.
In North America, sales rose by 5% to Rs. 5,530 million due to good performance of herbicide, especially new herbicides Lifeline and Satellite. Fungicides consumption reduced due to continued dry conditions in west. Insects pressure is low so far which affected sales of insecticides.
Sales in Europe were slightly up by 1% to Rs. 5,050 million. Significant devaluation of Euro suppressed real growth of ~10%. Early sowing of sugarbeets resulted in more spray intensity of herbicides. The company successfully launched sugarbeet herbicide Beetup Compact in France.
In the rest of the world, sales were up by 10% to Rs. 3,360 million. The company highlighted that improved market access expected through increased registrations in African countries. Dry spell in SE Asia with much reduced rice planting. Pyrethroid sales were under pressure due to severe price competition.
Outlook
The company maintained the revenue growth guidance at 12-15% for the full year. While that should comfort investors, the scope for outperformance remains challenging, at least for now.
UPL expects to continue the revenue momentum in Latin America, thanks to the distribution arms in which it increased its stake recently. But the region is beset with currency problems.
The other troubled area is North America. Like in India, the outlook for the region, which generates almost one fifth of UPL’s revenues, is clouded by weak product prices and sluggish cash flows. Planting of the soya crop has been delayed more than a month. Dry weather conditions in western parts of the US are impacting fungicide usage.
Overall, despite the challenges, UPL registered a healthy performance in the June quarter. Though the results also point to market pressures, continuation of revenue momentum would be crucial for outperformance of the stock, which is up 62% in the last one year.
View More

Source: UPL
Click to bookmark and build your agrochemical knowledge base
Print
ForwardShare