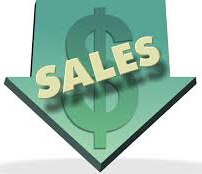 Monsanto’s net sales decreased by 10.5% to $2,355 million in the fourth quarter of FY 2015 ended Aug 31st, with gross profit down by 19.2% to $996 million. For FY2015, net sales were down by 5.4% to $15 billion and gross profit decreased by 4.6% to $8.2 billion. Full-year net sales results were driven by the performance of the company’s Seeds and Genomics segment and licensing agreements, which were more than offset by foreign currency headwinds, declining corn acres and declines in glyphosate pricing. Seeds and Genomics segment sales saw a 9.1% decrease to $1,251 million in the fourth quarter. For the fiscal year 2015, Seeds and Genomics segment sales recorded a 4.6% decline to $10,243 million. This was led by another significant year for its global soybean portfolio, including the record-setting adoption of Intacta RR2 PRO™ on 15 million acres in South America. Within corn, farmers continued to choose the newest classes of genetics, which resulted in a positive global germplasm mix lift in local currency for fiscal year 2015. The company also confirmed it held or grew share in every major corn market in 2015. Within cotton, despite the pullback in cotton acres, the company sold out of Bollgard II® XtendFlex™ cotton in the United States as part of its limited commercial introduction on more than 750,000 acres.

The company’s investment in its Climate and biologicals platforms also increased this fiscal year. The company ennrolled more than 75 million acres in its Climate platform, with more than five million acres on its premium acre offering, two and a half times initial targets. Climate has established itself as the industry’s digital agriculture platform in 2015 with leading data science capabilities and industry partners across retail, distribution and equipment leaders.

As Monsanto expands its portfolio of integrated solutions for farmers, the Seeds and Genomics segment remains a differentiator and integral part of Monsanto's long-term growth targets.

Within soybeans, the company plans to build on the momentum of Intacta RR2 PRO™ in South America, with a target to reach 30 million acres in fiscal year 2016. Intacta RR2 PRO™ has laid the foundation for the continued acceleration of the company’s broader soybean opportunity. This includes the Roundup Ready® Xtend Crop System, with U.S. teams gearing up for the anticipated largest technology launch on more than three million acres in fiscal year 2016.

The soybean opportunity will be complemented in fiscal year 2016 by the company’s global corn business.

Within the digital agriculture space, Monsanto expects the Climate platform to expand to more than 90 million acres in 2016 with more than 12 million of the acres using its premium offerings.

Monsanto’s agrochemical sales for the fourth quarter reached $1,104 million. For the fiscal year 2015, the segment delivered net sales of $ 4,758million, down by 7% year-over-year.

With $274 million in a one-time licensing benefit in fiscal year 2015 and the continuing low generic glyphosate pricing levels, Monsanto expects the Agricultural Productivity segment gross profit to be in the range of $900 million to $1.1 billion in fiscal year 2016. The company plans to stay consistent with its strategy as it continues to adjust pricing to maintain a slight premium over the generics. Beyond fiscal year 2016, the continued strategic management of the Agricultural Productivity segment is expected to support the Seeds and Genomics segment and new growth opportunities.

In fiscal year 2016, Monsanto remains focused on strategic execution and operational discipline as it delivers on several key priority areas to set the foundation for strong and sustainable earnings growth over the long-term:

*Strategic Management of Agriculture Productivity Segment: The company expects the Agricultural Productivity segment to deliver $900 million to $1.1 billion of gross profit as the company plans to stay consistent with its strategy to maintain a slight premium over the generics.

*Business Transformation and Strategic Spend Discipline: Monsanto also announced plans for global restructuring actions to enhance competitiveness by delivering cost improvement and to support long-term growth. The changes are designed to transform and innovate the way the company operates resulting in a more agile and focused organization prepared to continue to lead the agriculture industry. Actions, in part, include streamlining and reprioritizing some commercial, enabling and R&D efforts, including the exit of the sugarcane business.

The initial phase is expected to lead to annual savings of $275 to $300 million by the end of fiscal year 2017, at a total cost of approximately $850 to $900 million. The plans also include an expected separation of approximately 2,600 employees over the next 18-24 months. The company is developing further plans to reduce its operating spending by an additional $100 million, which would bring the total annual expected savings to potentially $400 million.

Continued progress toward these key milestones in fiscal year 2016 and a clear focus on operational discipline will set the foundation for expected rapid future growth. With this in mind, the company reiterated its confidence in delivering its five-year plan to more than double fiscal year 2014 ongoing earnings per share by 2019. This includes an expected return to more than 20 percent ongoing EPS growth starting in fiscal year 2017 as the current macro environment stabilizes. The primary drivers of growth in fiscal year 2017 and beyond are expected to include the return to mid-single digit corn germplasm mix lift globally, Intacta RR2 PRO™ soybeans penetration on the majority of the 100 million acres targeted and the Roundup Ready® Xtend Crop System well down the penetration path in cotton and soybeans across the Americas. The expected absence of several headwinds from fiscal year 2016, including currency headwinds, elevated cost of goods for corn and the Roundup Ready® Xtend soybean launch costs are expected to further enhance the growth, while generic glyphosate prices are expected to make a small, but steady recovery over time.