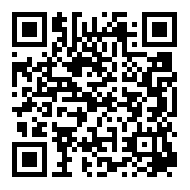 Monsanto, which has operations in 10 Latin American countries in addition to Puerto Rico, said on Oct 7,2015 that it will leave the sugar-cane business in Brazil.
“We are constantly evaluating our portfolio and our growth perspectives," a representative of the Brazilian unit of Monsanto said. "After a careful revision, we decided to focus on our main businesses and exit the sugar cane market where we operate under the Cana Vials brand."
Monsanto also has soybean and corn operations in the region.
“The closing of that unit is a result of our decision to focus in businesses such as seeds, crop protection, as well as biological and digital agriculture where we are investing $150 million in Brazil in 2015,” Rodrigo Santos, president of Monsanto do Brasil, told Latin Business Daily.
The company said that when it initially invested in the sugar cane business it did so as it wanted to “have a position in several areas of the bio-energy chain” and that it still believes that sugar cane is extremely important for Brazil and for the world´s environment.
Sugar cane is used in Brazil to produce ethanol for vehicle consumption for domestic use and export.
“We recognize the efforts of our scientists and other officials during the past two years," a company representative said. "However, global energy and bioenergy markets have changed and we have decided to explore the opportunities for our other crops."
The decision to close the sugar-cane operations will affect 150 Cana Vials employees.
Monsanto indicated that it will seek to “discuss possible technological transfers” with other companies so as to allow that the “progress that was obtained continues to contribute to the sugar-cane chain in Brazil."
“We strongly believe in the potential of the Brazilian agriculture, which represents our second biggest world operation and is only behind that of the United States,” a Monsanto representative added.
Monsanto has had operations in Brazil for more than 50 years. Of its 21,035 employees worldwide, 2,700 are in Brazil.
The company operates a total of 39 units in 12 states in Brazil. In Latin America, Monsanto also has offices in Argentina, Chile, Colombia, Ecuador, Guatemala, Mexico, Paraguay, Peru and Uruguay.
Utica, Brazil's association of sugar cane producers, reported this week that 374.25 million tons of sugar cane have been harvested so far this year compared to 372.69 million tons at the same time last year. The harvest season in the biggest production areas of Brazil starts in April and ends around December.
A total of 43 percent of this year´s crop has been destined to sugar production and the rest to ethanol, Utica said. The percentages vary annually depending on where farmers believe they can obtain the biggest profit.